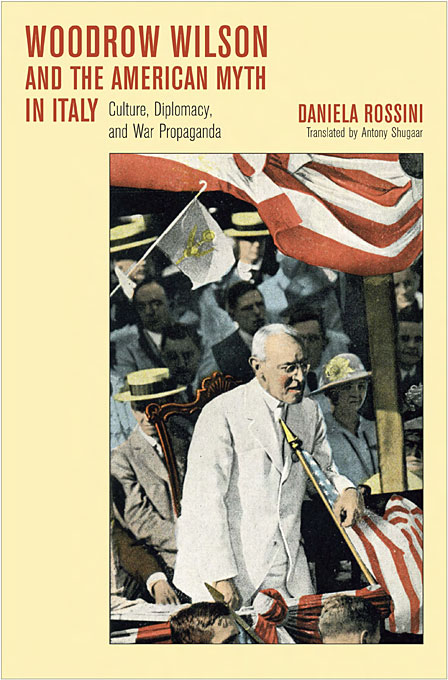 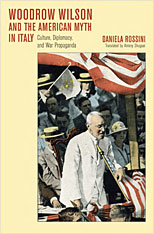 Woodrow Wilson and the American Myth in Italy

In 1918, Woodrow Wilson’s image as leader of the free world and the image of America as dispenser of democracy spread throughout Italy, filling an ideological void after the rout of Caporetto and diverting attention from a hapless ruling class. Wilson’s popularity depended not only on the modernity of his democratic message, but also on a massive propaganda campaign he conducted across Italy, using as conduits the American Red Cross, the YMCA, and the Committee on Public Information.

American popularity, though, did not ensure mutual understanding. The Paris peace negotiations revealed the limits of policies on both sides, illustrated most clearly in Wilson’s disastrous direct appeal to the Italian public. The estranged countries pulled inward, the Americans headed toward isolationism, the Italians toward fascism.

Rossini sets the Italian-American political confrontation within the full context of the two countries’ cultural perceptions of each other, different war experiences, and ideas about participatory democracy and peace. A stellar example of the new international history, this timely book highlights the impact of American ideology and sense of mission in the world.