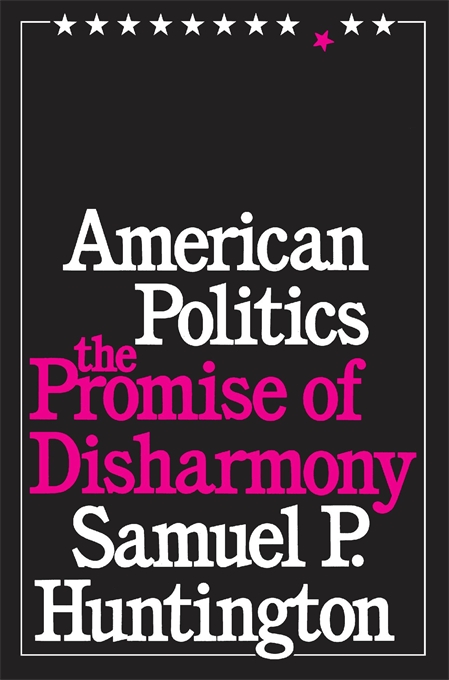 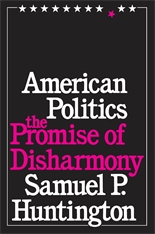 The Promise of Disharmony

This stunningly persuasive book examines the persistent, radical gap between the promise of American ideals and the performance of American politics. Samuel P. Huntington shows how Americans, throughout their history as a nation, have been united by the democratic creed of liberty, equality, and hostility to authority. At the same time he reveals how, inevitably, these ideals have been perennially frustrated through the institutions and hierarchies required to carry on the essential functions of governing a democratic society.

From this antagonism between the ideals of democracy and the realities of power have risen four great political upheavals in American history. Every third generation, Huntington argues, Americans have tried to reconstruct their institutions to make them more truly reflect deeply rooted national ideals. Moving from the clenched fists and mass demonstrations of the 1960s, to the moral outrage of the Progressive and Jacksonian Eras, back to the creative ideological fervor of the American Revolution, he incisively analyzes the dissenters’ objectives. All, he pungently writes, sought to remove the fundamental disharmony between the reality of government in America and the ideals on which the American nation was founded.

Huntington predicts that the tension between ideals and institutions is likely to increase in this country in the future. And he reminds us that the fate of liberty and democracy abroad is intrinsically linked to the strength of our power in world affairs. This brilliant and controversial analysis deserves to rank alongside the works of Tocqueville, Bryce, and Hofstadter and will become a classic commentary on the meaning of America.