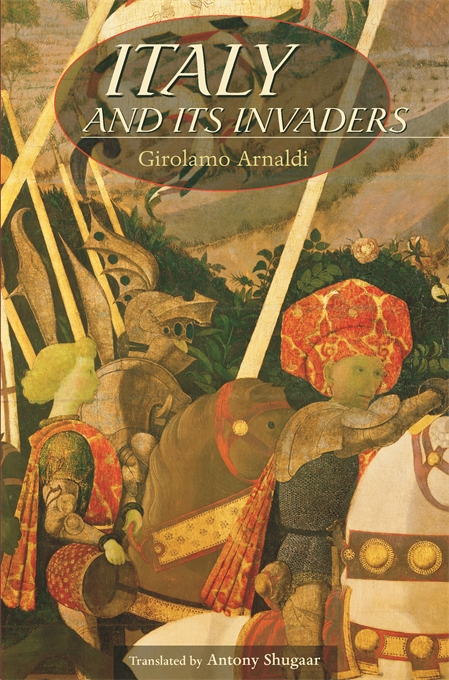 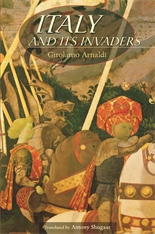 Italy and Its Invaders

From the earliest times, successive waves of foreign invaders have left their mark on Italy. Beginning with Germanic invasions that undermined the Roman Empire and culminating with the establishment of the modern nation, Girolamo Arnaldi explores the dynamic exchange between outsider and “native,” liberally illustrated with interpretations of the foreigners drawn from a range of sources. A despairing Saint Jerome wrote, of the Sack of Rome by the Visigoths in 410, “My sobs stop me from dictating these words. Behold, the city that conquered the world has been conquered in its turn.” Other Christian authors, however, concluded that the sinning Romans had drawn the wrath of God upon them.

Arnaldi traces the rise of Christianity, which in the transition from Roman to barbarian rule would provide a social bond that endured through centuries of foreign domination. Incursions cemented the separation between north and south: the Frankish conquerors held sway north of Rome, while the Normans settled in the south. In the ninth century, Sicily entered the orbit of the Muslim world when Arab and Berber forces invaded. During the Renaissance, flourishing cities were ravaged by foreign armies—first the French, who during the siege of Naples introduced an epidemic of syphilis, then the Spanish, whose control preserved the country’s religious unity during the Counter-Reformation but also ensured that Italy would lag behind during the Enlightenment.

Accessible and entertaining, this outside-in history of Italy is a telling reminder of the many interwoven strands that make up the fabric of modern Europe.