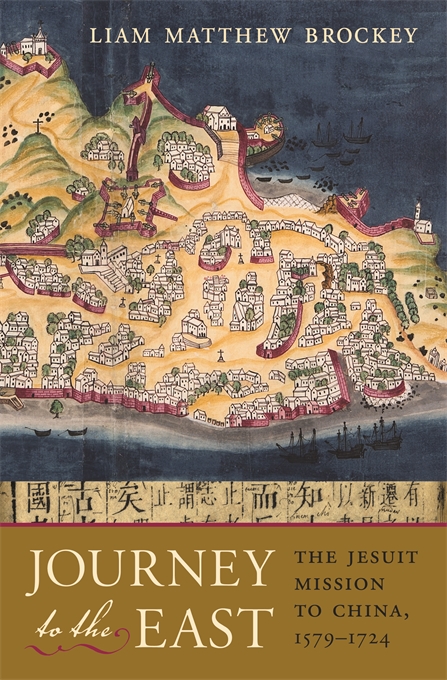 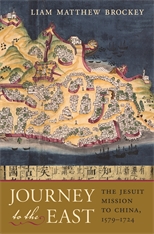 Journey to the East

“[An] absorbing and strongly researched book… The nature and durability of this seventeenth-century expansion of the Jesuit mission in China are explored in the first half of Brockey’s book and he brings many less-known missionaries into his story, broadening the canvas dramatically, and also giving serious attention to the problems the missionaries faced from hostile Chinese literati and senior officials… There will be few who do not find important new materials in the second half of Journey to the East, which draws on a rich range of original sources to deepen our sense of Chinese society and the attempted Jesuit impact upon it… Liam Brockey has written a challenging book. Even those of us who would still like to cling to the fact that many of these Jesuit pioneers in China were truly remarkable men, with enormous mental resources, have to realize that he has changed the ground rules of the debate. It is clear that the Chinese Catholics themselves were much more in charge of their own destinies than we had suspected. And with that knowledge in place, we can no longer tell the same old stories in the same old way.”—Jonathan Spence, New York Review of Books

“Historians lamented the absence of a serious history of the Jesuit mission beyond the imperial city. Their prayers have now been answered in Liam Matthew Brockey’s Journey to the East… An impressive accomplishment.”—Thomas M. McCoog, S.J., Times Literary Supplement

“Brockey’s field of research is Portuguese overseas expansion, not China. This book’s full and balanced account is thus an achievement even more impressive to those of us who are China historians. The study of the Jesuit mission still has much to learn from Chinese sources, and the field can be expected eventually to grow beyond Journey to the East, but until that happens—and it will take many years, I suspect—this book will be the authoritative work.”—Timothy Brook, Catholic Historical Review

“Brockey’s great success with this authoritative study is showing how important the ‘assistance’ of Chinese catechists and other lay helpers was for the ability of European Jesuits to carry out their extraordinary cross-cultural mission. It is a model for using European sources to spotlight the indigenous character of new Christian movements.”—Christian Century

“Liam Brockey examines the proselytization strategies of the Jesuits in China during the years 1579–1724. Aiming to provide a corrective to previous histories that present the Jesuits’ strategy as ‘top-down’ and elite-centered, Brockey reconstructs the history of the China mission ‘from the ground up’…[adding] another important layer to our understanding of the Jesuit mission.”—Melissa Dale, International Bulletin of Missionary Research

“By any standard Journey to the East: The Jesuit Missions to China, 1579–1724 is an impressive work… Brockey manfully succeeds in painting a picture of the glories and pitfalls of the European Christian encounter with the enigmatic Chinese empire.”—Oliver Rafferty, Irish Times

“A masterful study… New scholarship using Roman and Chinese sources leads to a much more complex story of Roman Catholicism in China during the seventeenth and eighteenth centuries. With his deft analysis of a surprisingly underutilized source on the history of the Jesuit mission—Portuguese language letters and reports in ecclesiastical archives in Portugal and Rome—Brockey has constructed a new chronology and trajectory for the Jesuit mission itself, placing it in what he calls ‘a proper European context.’ Intentionally or not, he also brings the Jesuits back into the increasingly complex history of Chinese religious life.”—Jerry Dennerline, Journal of Interdisciplinary History

“This is an admirable piece of scholarly research into one of the most challenging missionary endeavours ever undertaken… Brockey has drawn on archives in the Biblioteca da Ajuda in Lisbon and the Archivum Romanum Societatis Jesu in Rome to paint an extraordinarily detailed picture of a mission which started in 1579 with the summoning of Michele Ruggieri to China, and was dealt a mortal blow by the proscription of Christianity 145 years later… In this masterly survey, Brockey strips the China mission of any pious fancy. We are shown the political manoeuvring between priests and the imperial court, between different nationalities within the Society [of Jesus] itself and between the Society and Rome… This is no hagiography but an elegantly clear exposition of a tremendous missionary undertaking.”—Simon Scott Plummer, The Tablet

“This elegant book recreates one of the great dramas in the history of Christianity with deep erudition and keen intelligence. Brockey brings the Jesuit mission to China to vivid life, and sets it into its religious, political, and cultural contexts. He shows us how Jesuit missionaries were trained, what they did at court and in the field, and how much impact they had.”—Anthony Grafton, coauthor of Christianity and the Transformation of the Book

“Written with grace and clarity, Journey to the East will be greeted as one of the most important contributions to the field of Christianity in the last thirty years.”—Ronnie Po-chia Hsia, Pennsylvania State University

“Journey to the East is fascinating and informative. The scholarship is meticulous, and by drawing on previously untapped Portuguese archives, the author offers new and valuable insights into the activities of the Jesuits in Ming China. I can easily imagine that Brockey’s account will become the standard by which all other inquiries into this important mission are judged.”—Richard L. Kagan, Johns Hopkins University

“Brockey mines a wide range of manuscript and printed sources to give us a far richer picture than earlier studies of Jesuit interactions with ordinary Chinese. This book will be essential reading for every student of early modern China or of the ‘first globalization’ before 1800, and for everyone who likes to think about the convergences and contradictions of our own globalized lives.”—John E. Wills, Jr., University of Southern California