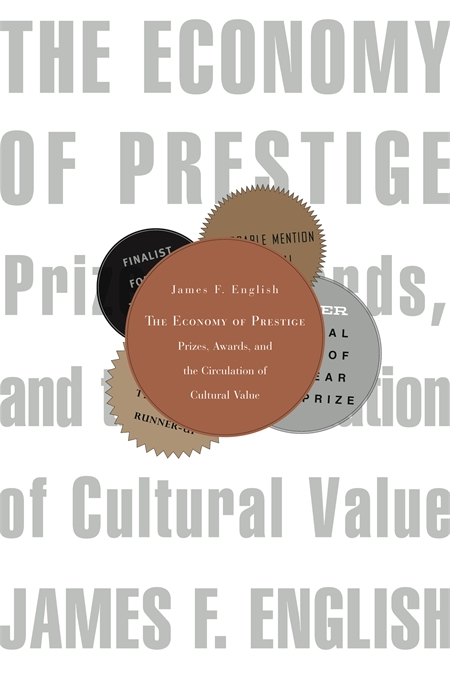 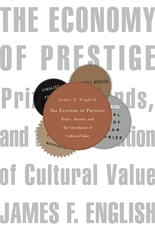 The Economy of Prestige

Prizes, Awards, and the Circulation of Cultural Value

This is a book about one of the great untold stories of modern cultural life: the remarkable ascendancy of prizes in literature and the arts. Such prizes and the competitions they crown are almost as old as the arts themselves, but their number and power—and their consequences for society and culture at large—have expanded to an unprecedented degree in our day. In a wide-ranging overview of this phenomenon, James F. English documents the dramatic rise of the awards industry and its complex role within what he describes as an economy of cultural prestige.

Observing that cultural prizes in their modern form originate at the turn of the twentieth century with the institutional convergence of art and competitive spectator sports, English argues that they have in recent decades undergone an important shift—a more genuine and far-reaching globalization than what has occurred in the economy of material goods. Focusing on the cultural prize in its contemporary form, his book addresses itself broadly to the economic dimensions of culture, to the rules or logic of exchange in the market for what has come to be called “cultural capital.” In the wild proliferation of prizes, English finds a key to transformations in the cultural field as a whole. And in the specific workings of prizes, their elaborate mechanics of nomination and election, presentation and acceptance, sponsorship, publicity, and scandal, he uncovers evidence of the new arrangements and relationships that have refigured that field.