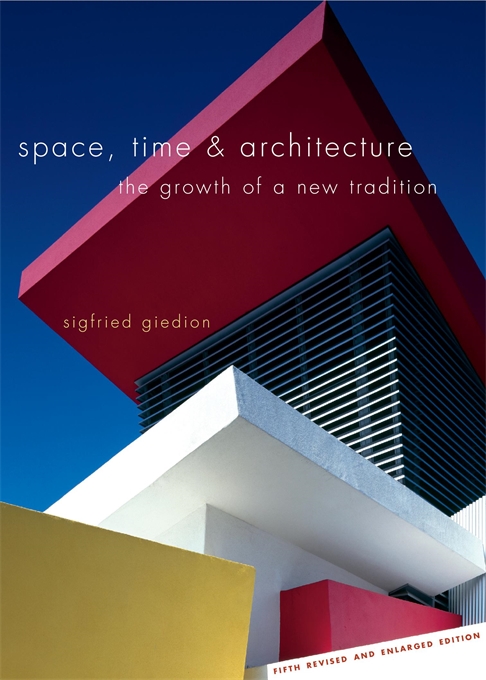 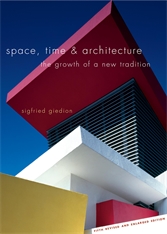 The Growth of a New Tradition, Fifth Revised and Enlarged Edition

A milestone in modern thought, Space, Time and Architecture has been reissued many times since its first publication in 1941 and translated into half a dozen languages. In this revised edition of Sigfried Giedion’s classic work, major sections have been added and there are 81 new illustrations.

The chapters on leading contemporary architects have been greatly expanded. There is new material on the later development of Frank Lloyd Wright and the more recent buildings of Walter Gropius, particularly his American Embassy in Athens. In his discussion of Le Corbusier, Mr. Giedion provides detailed analyses of the Carpenter Center at Harvard University, Le Corbusier’s only building in the United States, and his Priory of La Tourette near Lyons. There is a section on his relations with his clients and an assessment of his influence on contemporary architecture, including a description of the Le Corbusier Center in Zurich (designed just before his death), which houses his works of art. The chapters on Mies van der Rohe and Alvar Aalto have been brought up to date with examples of their buildings in the sixties. There is an entirely new chapter on the Danish architect Jørn Utzon, whose work, as exemplified in his design for the Sydney Opera House, Mr. Giedion considers representative of post–World War II architectural concepts.

A new essay, “Changing Notions of the City,” traces the evolution of the structure of the city throughout history and examines current attempts to deal with urban growth, as shown in the work of such architects as José Luis Sert, Kenzo Tange, and Fumihiko Maki. Mr. Sert’s Peabody Terrace is discussed as an example of the interlocking of the collective and individual spheres. Finally, the conclusion has been enlarged to include a survey of the limits of the organic in architecture.