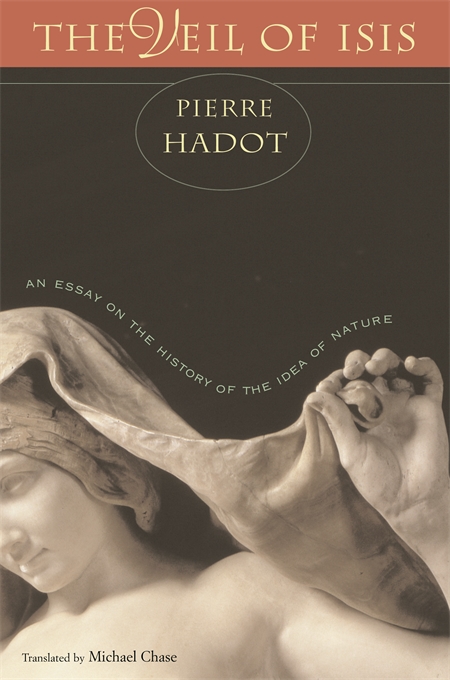 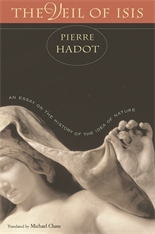 The Veil of Isis

An Essay on the History of the Idea of Nature

“[Hadot] is an extraordinary guide to the history of the idea of nature from Heraclitus to now. You will find yourself in the company of a wise Greek, a pagan, a philosopher who believes that a role of philosophy is to teach us how to live.”—Ian Hacking, London Review of Books

“This very learned book displays an enormous scholarship and yet is a fascinating read.”—Robert J. Dostal, Bryn Mawr Classical Review

“Decidedly, with this new book of a rare richness and clarity, about which he says he has been thinking for more than forty years, the philosopher…gives evidence of an tireless spirit of exploration.”—Roger-Pol Droit, Le Monde des Livres

“Pierre Hadot, professor emeritus of the Collège de France, has written a remarkably insightful book on the theme of secrets of nature and their significance for the history of science and ideas about nature. First published in 2004 by Editions Gallimard, it is now available in English through Michael Chase’s adept and eloquent translation… Of particular interest to historians of science will be Hadot’s conception of the Promethean attitude and the mechanization of nature… The Veil of Isis is a rewarding voyage through a multitude of texts, illustrations and historical figures that brings a set of complex and often contradictory ideas into a clear and compelling argument.”—Carolyn Merchant, British Journal for the History of Science

“In The Veil of Isis Pierre Hadot, an eminent authority on Neoplatonic philosophy, addresses the exploration of nature in Western thought across more than two millennia. His mastery of a wide range of literature, philosophy, iconography, and technology from antiquity to the present reveals unsuspected links of thought and image throughout the long process of uncovering the secrets of nature. In a brilliant finale Hadot brings the whole evolution into conjunction with the many-breasted Artemis of Ephesus, the Egyptian goddess Isis, and the Freemasons. The book is a dizzying tour de force that would be the envy of a modern Plotinus.”—G. W. Bowersock, author of Mosaics as History

“Pierre Hadot’s The Veil of Isis is an extremely ambitious work, giving us an account of the evolution of man’s attitude towards, and understanding of, nature from antiquity down to the present day. It is a very significant contribution to our understanding of this important topic—and it makes for good reading.”—Michael Frede, Professor Emeritus of the History of Philosophy, Keble College, Oxford

“The Veil of Isis is profoundly original in design. Pierre Hadot is both an eminent historian of philosophy and a philosopher himself. Both sides of his interest are evident in this outstanding study, in which the argument develops historically and analytically.”—Brian Stock, Professor of History and Comparative Literature, University of Toronto