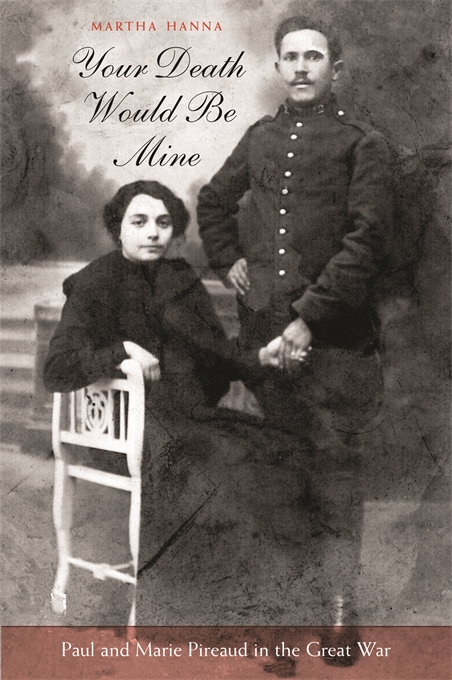 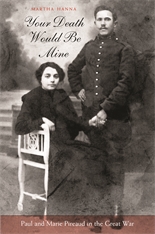 Your Death Would Be Mine

Paul and Marie Pireaud in the Great War

Paul and Marie Pireaud, a young peasant couple from southwest France, were newlyweds when World War I erupted. With Paul in the army from 1914 through 1919, they were forced to conduct their marriage mostly by correspondence. Drawing upon the hundreds of letters they wrote, Martha Hanna tells their moving story and reveals a powerful and personal perspective on war.

Civilians and combatants alike maintained bonds of emotional commitment and suffered the inevitable miseries of extended absence. While under direct fire at Verdun, Paul wrote with equal intensity and poetic clarity of the brutality of battle and the dietary needs (as he understood them) of his pregnant wife. Marie, in turn, described the difficulties of working the family farm and caring for a sick infant, lamented the deaths of local men, and longed for the safe return of her husband. Through intimate avowals and careful observations, their letters reveal how war transformed their lives, reinforced their love, and permanently altered the character of rural France.

Overwhelmed by one of the most tumultuous upheavals of the modern age, Paul and Marie found solace in family and strength in passion. Theirs is a human story of loneliness and longing, fear in the face of death, and the consolations of love. Your Death Would Be Mine is a poignant tale of ordinary people coping with the trauma of war.