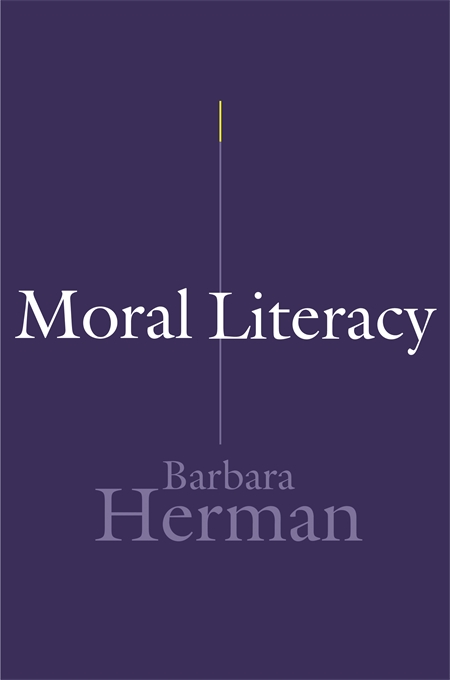 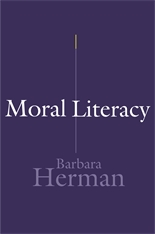 “This is a remarkable book: remarkably impressive, remarkably subtle and imaginative, remarkably wide ranging in subject matter, and some of the time at least, remarkably maddening too… Barbara Herman is surely one of the most ambitious philosophers in moral theory today, and she pursues each of her many ambitions with a combination of good cheer and ferocity that cannot help but leave some readers panting and a bit out of breath… Throughout the work, in every chapter, Herman’s attunement to the contours of everyday moral life is undeniable. Indeed, one of the pleasures in reading Herman is that you often feel you are realizing, for the first time, just how subtle such contours in some particular case may be… [T]his is indeed an unusual, special work, and Herman has, I think, a very original and impressive philosophical sensibility.”—Steven Ross, Essays in Philosophy

“Herman succeeds admirably…in bringing Kantian ideas to life: not only by providing an engaging and plausible internal reconstruction of those ideas, but also by making them relevant to our present practical concerns. On the one hand, the reader encounters a careful treatment of the fundamental questions at the heart of Kant’s moral philosophy, such as the conditions of free (autonomous) agency, the nature of the will, the question of the source of ‘obligatory ends’ or duties, the problem of moral motivation, and the relation between our rational and our animal nature. On the other hand, Herman addresses pressing questions about ethical and social pluralism, moral change, education, the legitimacy of social and political institutions, pornography and censorship, affirmative action, gender equity, child abuse, and friendship, to name only a few. She connects these two endeavors not so much by ‘applying’ moral concepts to practical cases, but rather by making the latter central to the very project of elaborating the concepts in the first place.”—Felix Koch, Metapsychology Online

“Proponents of competing moral theories, especially proponents of neo-Aristotelian virtue theory, have claimed that Kant’s formal, abstract ethical theory cannot be reconciled with the complexity of real-world moral judgments. Herman confronts this claim head-on and shows that character development, the influence of social institutions, and the peculiarities of moral psychology can be understood within, and enlightened by, a fundamentally Kantian framework. Interpreting Kant is not Herman’s focus, nor is Herman arguing for a radical revision of Kant’s ethics; instead, she focuses on addressing questions and issues that Kant himself did not explore. Herman manages to remain true to Kant while extending Kantian ethics into these new territories. This volume comprises 13 of Herman’s essays, nine of which have been previously published in hard-to-find sources. Herman’s work is sophisticated and subtle. Although it is not suitable as an introduction to Kant’s moral theory, this book will be indispensable for those interested in contemporary attempts to revitalize Kantian ethics.”—M. W. Sontag, Choice

“Rawls pointed out that it was one of Hegel’s aims to overcome the many dualisms that he thought disfigured Kant’s transcendental idealism. Herman’s essays, in my view, are distinctive for this same emphasis. Throughout, she stresses continuities where more orthodox Kantian thought insists on separation. And she argues that Kant’s central insights are not only preserved, but improved, when one appreciates these continuities. Thus, where orthodox Kantian thought sharply distinguishes desire from reason, love from reason, particular judgment from principle, and so on, Herman argues that these pairs should all be seen as continuous and interconnected and that a Kantian take on ethics is enhanced by so viewing them. She is tough-minded and rigorous, philosophically. And she doesn’t waste words. Herman has an economy of expression and a penchant for illuminating philosophical coinage.”—Stephen Darwall, John Dewey Collegiate Professor, University of Michigan, and author of The Second-Person Standpoint