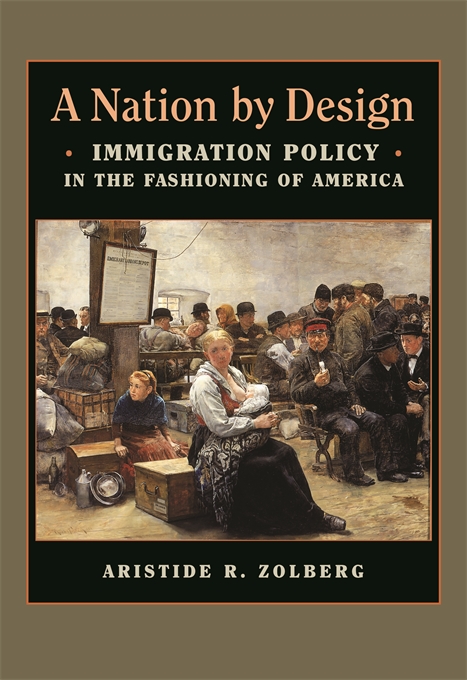 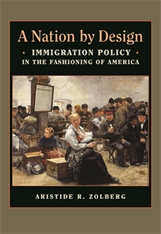 A Nation by Design

According to the national mythology, the United States has long opened its doors to people from across the globe, providing a port in a storm and opportunity for any who seek it. Yet the history of immigration to the United States is far different. Even before the xenophobic reaction against European and Asian immigrants in the late nineteenth century, social and economic interest groups worked to manipulate immigration policy to serve their needs. In A Nation by Design, Aristide Zolberg explores American immigration policy from the colonial period to the present, discussing how it has been used as a tool of nation building.

A Nation by Design argues that the engineering of immigration policy has been prevalent since early American history. However, it has gone largely unnoticed since it took place primarily on the local and state levels, owing to constitutional limits on federal power during the slavery era. Zolberg profiles the vacillating currents of opinion on immigration throughout American history, examining separately the roles played by business interests, labor unions, ethnic lobbies, and nativist ideologues in shaping policy. He then examines how three different types of migration—legal migration, illegal migration to fill low-wage jobs, and asylum-seeking—are shaping contemporary arguments over immigration to the United States.

A Nation by Design is a thorough, authoritative account of American immigration history and the political and social factors that brought it about. With rich detail and impeccable scholarship, Zolberg’s book shows how America has struggled to shape the immigration process to construct the kind of population it desires.