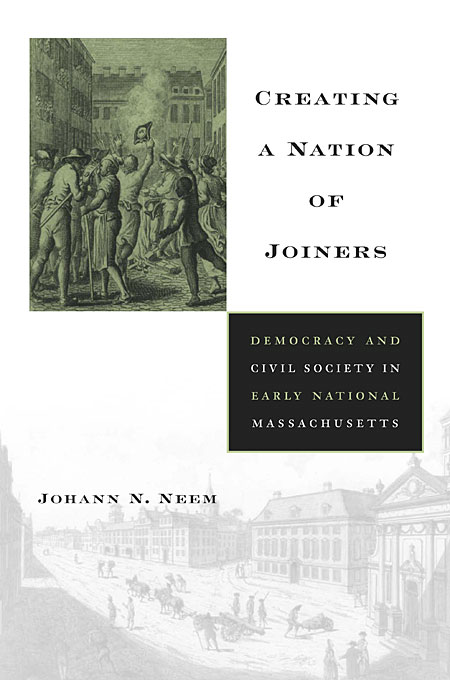 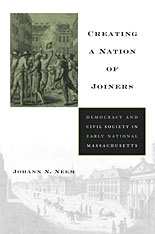 Creating a Nation of Joiners

The United States is a nation of joiners. Ever since Alexis de Tocqueville published his observations in Democracy in America, Americans have recognized the distinctiveness of their voluntary tradition. In a work of political, legal, social, and intellectual history, focusing on the grassroots actions of ordinary people, Johann Neem traces the origins of this venerable tradition to the vexed beginnings of American democracy in Massachusetts.

Neem explores the multiple conflicts that produced a vibrant pluralistic civil society following the American Revolution. The result was an astounding release of civic energy as ordinary people, long denied a voice in public debates, organized to advocate temperance, to protect the Sabbath, and to abolish slavery; elite Americans formed private institutions to promote education and their stewardship of culture and knowledge. But skeptics remained. Followers of Jefferson and Jackson worried that the new civil society would allow the organized few to trump the will of the unorganized majority. When Tocqueville returned to France, the relationship between American democracy and its new civil society was far from settled.

The story Neem tells is more pertinent than ever—for Americans concerned about their own civil society, and for those seeking to build civil societies in emerging democracies around the world.