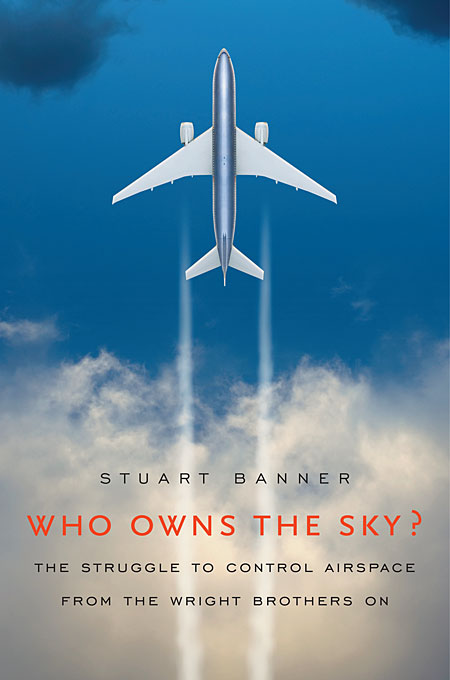 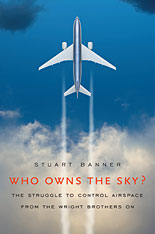 Who Owns the Sky?

The Struggle to Control Airspace from the Wright Brothers On

In the summer of 1900, a zeppelin stayed aloft for a full eighteen minutes above Lake Constance and mankind found itself at the edge of a new world. Where many saw hope and the dawn of another era, one man saw a legal conundrum. Charles C. Moore, an obscure New York lawyer, began an inquiry that Stuart Banner returns to over a century later: in the age of airplanes, who can lay claim to the heavens?

The debate that ensued in the early twentieth century among lawyers, aviators, and the general public acknowledged the crucial challenge new technologies posed to traditional concepts of property. It hinged on the resolution of a host of broader legal issues being vigorously debated that pertained to the fine line between private and public property. To what extent did the Constitution allow the property rights of the nation’s landowners to be abridged? Where did the common law of property originate and how applicable was it to new technologies? Where in the skies could the boundaries between the power of the federal government and the authority of the states be traced?

Who Owns the Sky is the first book to tell this forgotten story of elusive property. A collection of curious tales questioning the ownership of airspace and a reconstruction of a truly novel moment in the history of American law, Banner’s book reminds us of the powerful and reciprocal relationship between technological innovation and the law—in the past as well as in the present.