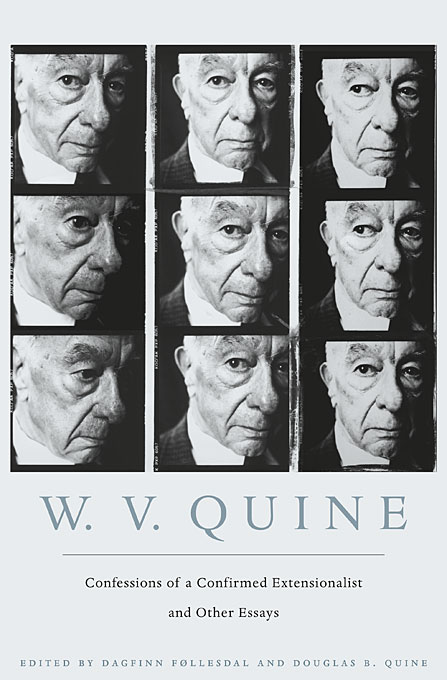 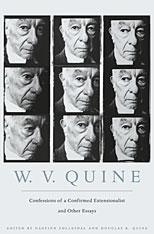 Confessions of a Confirmed Extensionalist and Other Essays

W. V. Quine created a new way of looking at the eternal questions of philosophy and their interconnections. His investigations into semantics and epistemology, ontology and causality, natural kinds, time, space, and individuation transformed the philosophical landscape for generations to come. In the twenty years between his last collection of essays and his death in 2000, Quine continued his work, producing a number of impressive essays in which he deepened, elaborated, and occasionally modified his position on central philosophical issues. The last of these essays, which gives this collection its name, appeared in 2002.

This volume collects the main essays from this last, productive period of Quine’s prodigious career. It also includes some notable earlier essays that were not included in the previous collections although they contain illuminating discussions and are quite often referred to by other philosophers and also by Quine himself in his later writings. These essays, along with several manuscripts published here for the first time, offer a more complete and highly defined picture than ever before of one of the twentieth century’s greatest thinkers working at the height of his powers.