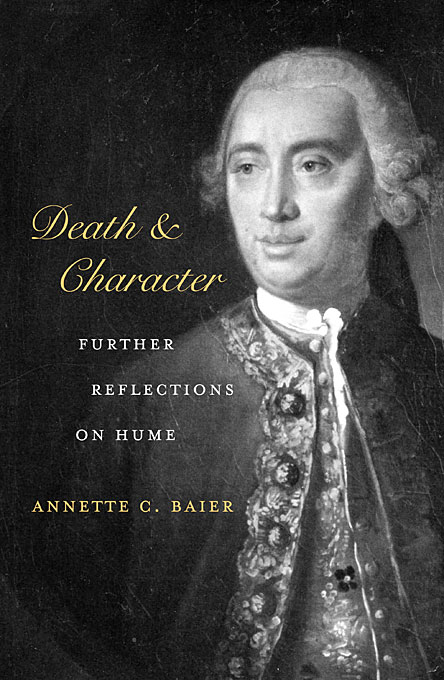 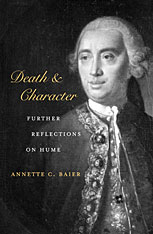 Reviewing Annette Baier’s 1995 work Moral Prejudices in the London Review of Books, Richard Rorty predicted that her work would be read hundreds of years hence; Baier’s subsequent work has borne out such expectations, and this new book further extends her reach. Here she goes beyond her earlier work on David Hume to reflect on a topic that links his philosophy to questions of immediate relevance—in particular, questions about what character is and how it shapes our lives.

Ranging widely in Hume’s works, Baier considers his views on character, desirable character traits, his treatment of historical characters, and his own character as shown not just by his cheerful death—and what he chose to read shortly before it—but also by changes in his writings, especially his repudiation of the celebrated A Treatise on Human Nature. She offers new insight into the Treatise and its relation to the works in which Hume “cast anew” the material in its three books. Her reading radically revises the received interpretation of Hume’s epistemology and, in particular, philosophy of mind.