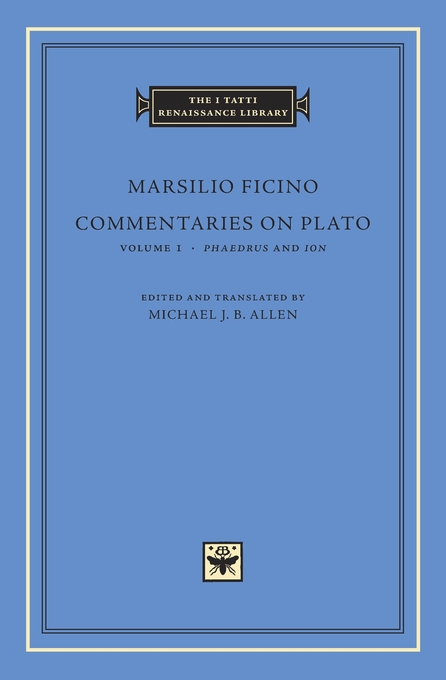 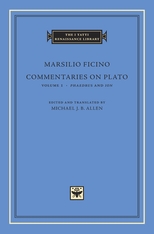 The I Tatti Renaissance Library 34

Villa I Tatti > The I Tatti Renaissance Library > Commentaries on Plato

Marsilio Ficino (1433–1499), the Florentine scholar-philosopher-magus, was largely responsible for the Renaissance revival of Plato. The publication of his Latin translations of the dialogues in 1484 was an intellectual event of the first magnitude, making the Platonic canon accessible to western Europe after the passing of a millennium and establishing Plato as an authority for Renaissance thought.

This volume contains Ficino’s extended analysis and commentary on the Phaedrus, which he explicates as a meditation on “beauty in all its forms” and a sublime work of theology. In the commentary on the Ion, Ficino explores a poetics of divine inspiration that leads to the Neoplatonist portrayal of the soul as a rhapsode whose song is an ascent into the mind of God. Both works bear witness to Ficino’s attempt to revive a Christian Platonism and what might be called an Orphic Christianity.