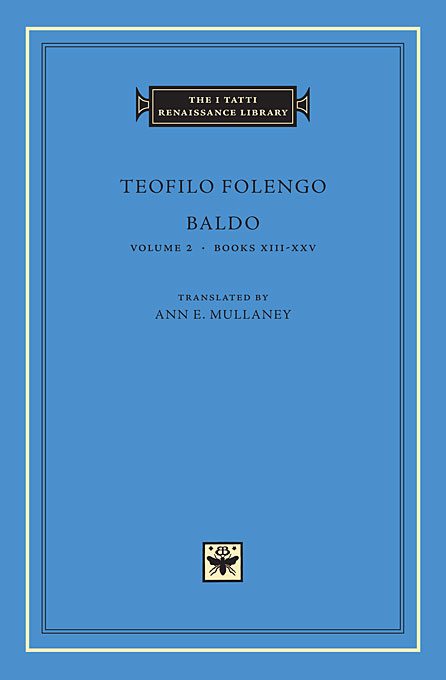 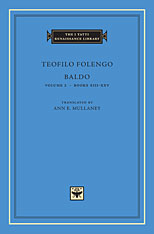 The I Tatti Renaissance Library 36

Villa I Tatti > The I Tatti Renaissance Library > Baldo

Teofilo Folengo (1491–1544) was born in Mantua and joined the Benedictine order, but became a runaway monk and a satirist of monasticism. In 1517 he published, under the pseudonym Merlin Cocaio, the first version of his macaronic narrative poem Baldo, later enlarged and elaborated. It blended Latin with various Italian dialects in hexameter verse, inventing a deliberately droll language whose humor depends on the mixture of high and low tonalities. An important example of the mock-heroic epic, the work was a model for Rabelais and was frequently reprinted.

Baldo, the hero of these picaresque adventures, is a descendant of French royalty who starts out as something of a juvenile delinquent. The poem narrates episodes that include imprisonment; battles with local authorities, pirates, shepherds, witches, and demons; and a journey to the underworld. Throughout Baldo is accompanied by various companions, among them a giant, a centaur, a magician, and his best friend Cingar, a wickedly inventive trickster (“practicus ad beffas”).

This edition provides the first English translation of this hilarious send-up of ancient epic and Renaissance chivalric romance.