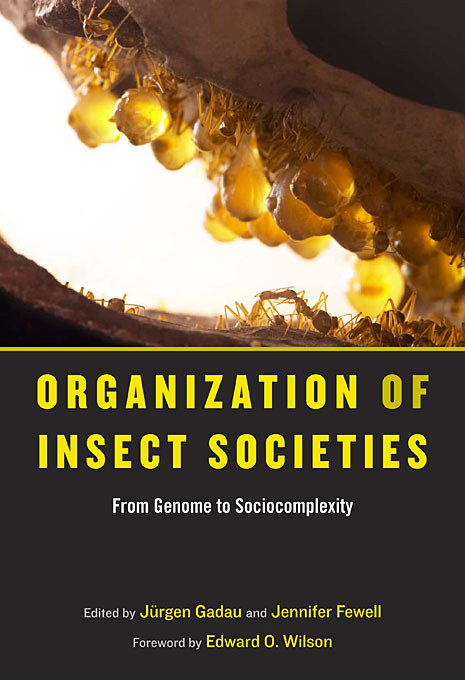 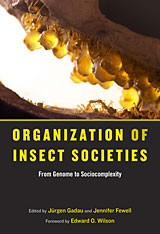 “The book’s 26 chapters, written by leading scientists in various fields, present the latest conceptual trends in insect sociobiology… They clearly illustrate the advances concerning the nature and evolutionary origin of transitions across levels of organization which are relevant to the discipline, and reexamine the issue of the origin of sociality in various insect groups. The concepts and insights explored make this volume invaluable to anyone working/interested in the study of sociality in insects.”—J.M. Gonzalez, Choice

“A major theme of biology in the present century, perhaps the major theme, is the nature and evolutionary origin of the transitions across levels of organization. The most transparent of the transitions, greater than that for example from molecule to cell or species to ecosystem, is organism to superorganism, the level reached when societies are tightly bound by altruism and division of labor. One of the major advances of the half century has been the demonstration, well illustrated in the present volume, of how the transition is made through the emergence of colony-level traits… The authors of each chapter of Organization of Insect Societies: From Genome to Sociocomplexity are among the most productive researchers on the subjects they address. The overall picture they assemble is of a discipline that has grown exponentially during the past half century, and at publication time shows no sign of slacking off. The book is thus at once a history, a dispatch from the research front, and a vision as accurate as can be made of future advances in the study of social insects.”—from the Foreword by Edward O. Wilson