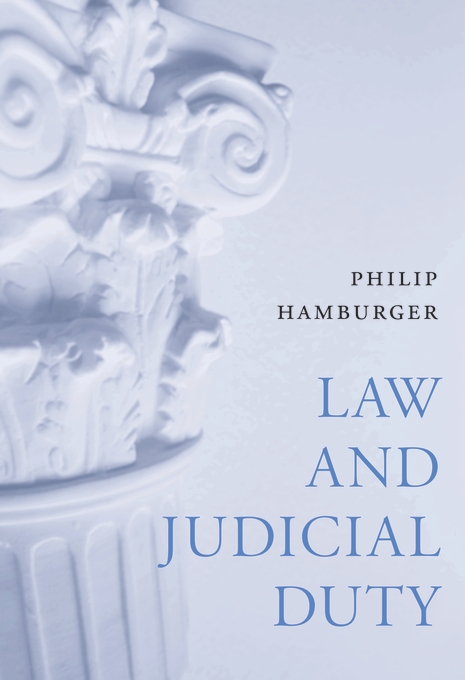 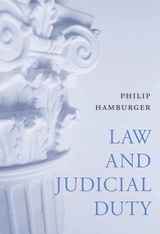 Philip Hamburger’s Law and Judicial Duty traces the early history of what is today called “judicial review.” Working from previously unexplored evidence, Hamburger questions the very concept of judicial review. Although decisions holding statutes unconstitutional are these days considered instances of a distinct judicial power of review, Hamburger shows that they were once understood merely as instances of a broader judicial duty.

The book’s focus on judicial duty overturns the familiar debate about judicial power. The book is therefore essential reading for anyone concerned about the proper role of the judiciary.

By reviving an understanding of these common law ideals, Law and Judicial Duty calls into question the modern assumption that judicial review is a power within the judges’ control. Indeed, the book shows that what is currently considered a distinct power of review was once understood as a matter of duty—the duty of judges to decide in accord with the law of the land. The book thereby challenges the very notion of judicial review. It shows that judges had authority to hold government acts unconstitutional, but that they enjoyed this power only to the extent it was required by their duty.

In laying out the common law ideals, and in explaining judicial review as an aspect of judicial duty, Law and Judicial Duty reveals a very different paradigm of law and of judging than prevails today. The book, moreover, sheds new light on a host of misunderstood problems, including intent, manifest contradiction, the status of foreign and international law, the cases and controversies requirement, and the authority of judicial precedent.