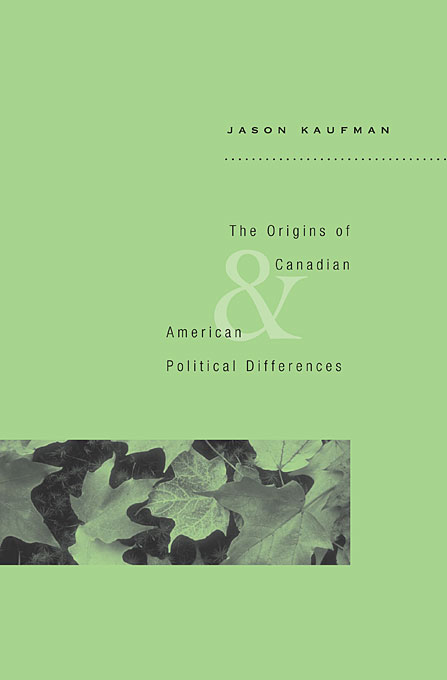 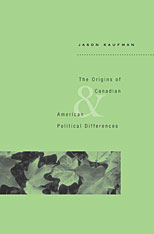 The Origins of Canadian and American Political Differences

Why do the United States and Canada have such divergent political cultures when they share one of the closest economic and cultural relationships in the world? Canadians and Americans consistently disagree over issues such as the separation of church and state, the responsibility of government for the welfare of everyone, the relationship between federal and subnational government, and the right to marry a same-sex partner or to own an assault rifle.

In this wide-ranging work, Jason Kaufman examines the North American political landscape to draw out the essential historical factors that underlie the countries’ differences. He discusses the earliest European colonies in North America and the Canadian reluctance to join the American Revolution. He compares land grants and colonial governance; territorial expansion and relations with native peoples; immigration and voting rights. But the key lies in the evolution and enforcement of jurisdictional law, which illuminates the way social relations and state power developed in the two countries.

Written in an accessible and engaging style, this book will appeal to readers of sociology, politics, law, and history as well as to anyone interested in the relationship between the United States and Canada.