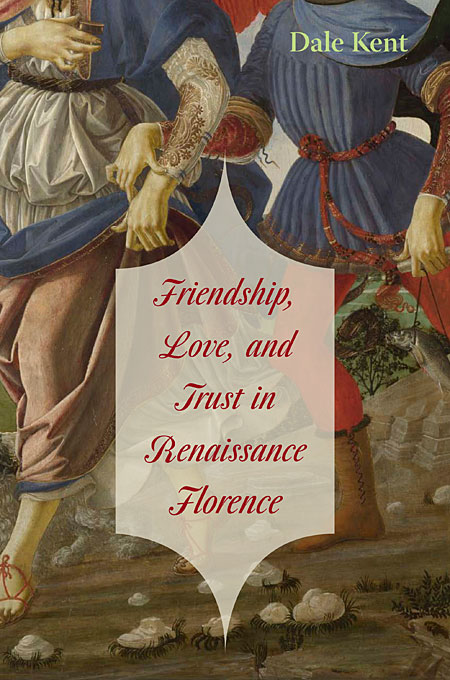 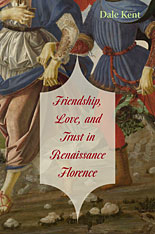 The question of whether true friendship could exist in an era of patronage occupied Renaissance Florentines as it had the ancient Greeks and Romans whose culture they admired and emulated. Rather than attempting to measure Renaissance friendship against a universal ideal defined by essentially modern notions of disinterestedness, intimacy, and sincerity, in this book Dale Kent explores the meaning of love and friendship as they were represented in the fifteenth century, particularly the relationship between heavenly and human friendship.

She documents the elements of shared experience in friendships between Florentines of various occupations and ranks, observing how these were shaped and played out in the physical spaces of the city: the streets, street corners, outdoor benches and loggias, family palaces, churches, confraternal meeting places, workshops of artisans and artists, taverns, dinner tables, and the baptismal font.

Finally, Kent examines the betrayal of trust, focusing on friends at moments of crisis or trial in which friendships were tested, and failed or endured. The exile of Cosimo de’ Medici in 1433 and his recall in 1434, the attempt in 1466 of the Medici family’s closest friends to take over their patronage network, and the Pazzi conspiracy to assassinate Lorenzo and Giuliano de’ Medici in 1478 expose the complexity and ambivalence of Florentine friendship, a combination of patronage with mutual intellectual passion and love—erotic, platonic, and Christian—sublimely expressed in the poetry and art of Michelangelo.