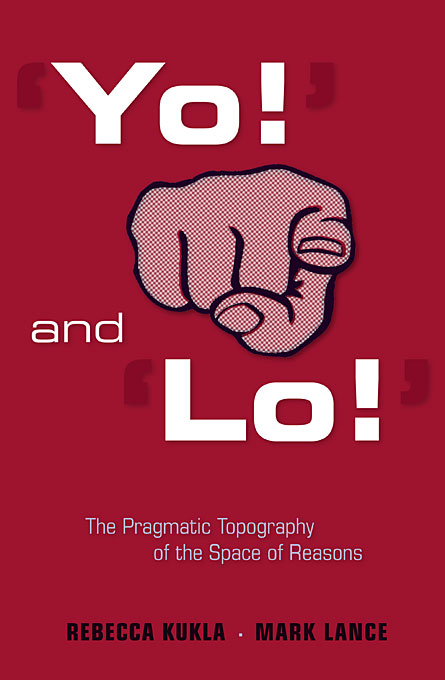 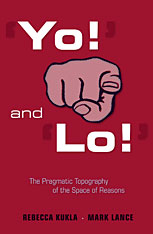 ‘Yo!’ and ‘Lo!’: The Pragmatic Topography of the Space of Reasons

Much of twentieth-century philosophy was organized around the “linguistic turn,” in which metaphysical and epistemological issues were approached through an analysis of language. This turn was marked by two assumptions: that it was primarily the semantics of language that was relevant to broader philosophical issues, and that declarative assertions were the only verbal acts of serious philosophical interest. In ‘Yo!’ and ‘Lo!’, Rebecca Kukla and Mark Lance reject these assumptions. Looking at philosophical problems starting with the pragmatics of language, they develop a typology of pragmatic categories of speech within which declaratives have no uniquely privileged position. They demonstrate that non-declarative speech acts—including vocative hails (“Yo!”) and calls to shared attention (“Lo!”)—are as fundamental to the possibility and structure of meaningful language as are declaratives.

Entering into conversation with the work of Anglo-American philosophers such as Wilfrid Sellars, Robert Brandom, and John McDowell, and Continental philosophers including Heidegger and Althusser, ‘Yo!’ and ‘Lo!’ offers solutions (or dissolutions) to long-standing philosophical problems, such as how perception can be both inferentially fecund and responsive to an empirical world, and how moral judgment can be both objective and inherently motivating.