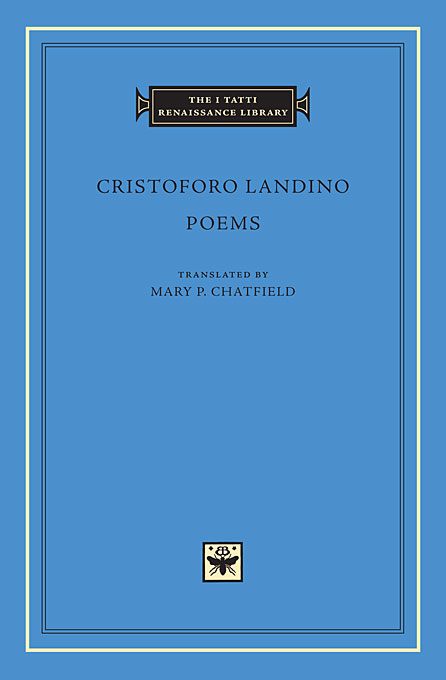 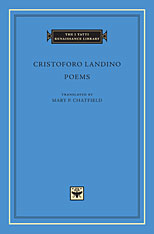 The I Tatti Renaissance Library 35

Cristoforo Landino (1424–1498), one of the great scholar-poets of the Renaissance, is best known today for his Platonizing commentaries on Dante and Vergil. His most substantial work of poetry was his Three Books on Xandra, written while still a young man. They consist primarily of love poetry in Latin directed to his lady-love Alessandra, but they also chronicle his life, friendships, literary studies, and the patronage of his work by Piero de’ Medici. Inspired equally by the ancient Roman love-elegy and by Petrarch’s Canzoniere, the poems illustrate the mingling of classical and vernacular traditions characteristic of the age of Lorenzo de’ Medici.

Also included in this volume is the “Carmina Varia,” a collection whose centerpiece is a group of elegies directed to the Venetian humanist Bernardo Bembo. These bring to life the Platonic passion Bembo conceived for Ginevra de’ Benci, later the subject of a famous painting by Leonardo da Vinci.

This edition contains the first translation of both works into English.