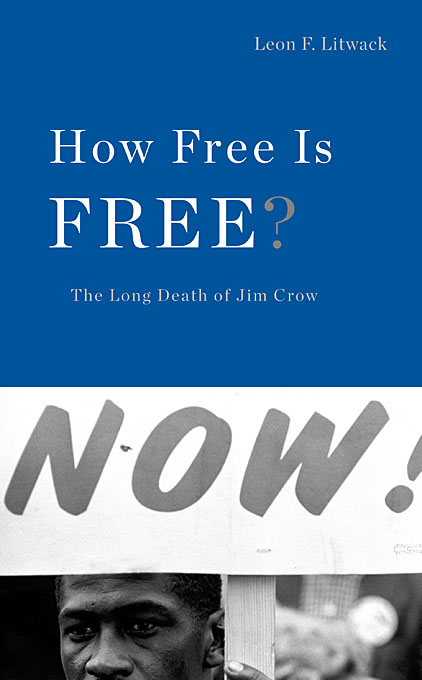 How Free Is Free?

The Long Death of Jim Crow

In 1985, a black veteran of the civil rights movement offered a bleak vision of a long and troubled struggle. For more than a century, black southerners learned to live with betrayed expectations, diminishing prospects, and devastated aspirations. Their odyssey includes some of the most appalling examples of terrorism, violence, and dehumanization in the history of this nation. But, as Leon F. Litwack graphically demonstrates, it is at the same time an odyssey of resilience and resistance defined by day-to-day acts of protest: the fight for justice poignantly recorded in the stories, songs, images, and movements of a people trying to be heard.

For black men and women, the question is: how free is free? Despite two major efforts to reconstruct race relations, injustices remain. From the height of Jim Crow to the early twenty-first century, struggles over racism persist despite court decisions and legislation. Few indignities were more pronounced than the World War II denial of basic rights and privileges to those responding to the call to make the world safe for democratic values—values that they themselves did not enjoy. And even the civil rights movement promise to redeem America was frustrated by change that was often more symbolic than real.

Although a painful history to confront, Litwack’s book inspires as it probes the enduring story of racial inequality and the ongoing fight for freedom in black America with power and grace.