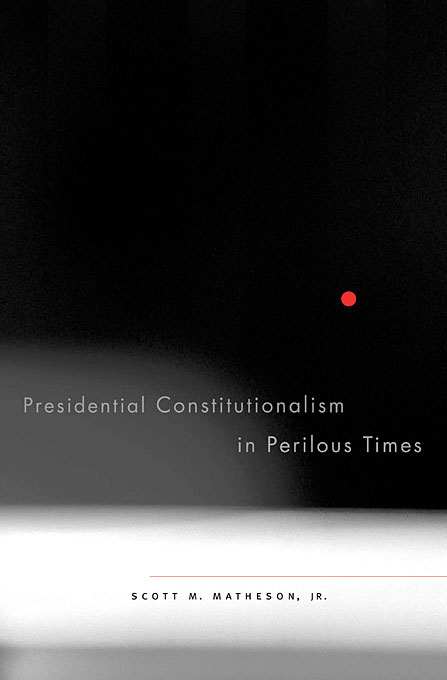 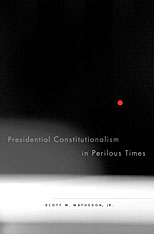 From the Constitution’s adoption, presidents, Congress, judges, scholars, the press, and the public have debated the appropriate scope of presidential power during a crisis, especially when presidents see bending or breaking the rules as necessary to protect the country from serious, even irreparable, harm.

Presidential Constitutionalism in Perilous Times examines this quandary, from Abraham Lincoln’s suspension of the writ of habeas corpus during the Civil War, Woodrow Wilson’s enforcement of the Espionage Act of 1917 during World War I, Franklin D. Roosevelt’s evacuation and internment of West Coast Japanese during World War II, Harry S. Truman’s seizure of the steel mills during the Korean War to George W. Bush’s torture, surveillance, and detention programs following the September 11, 2001, terrorist attacks.

Presidents have exercised extraordinary power to protect the nation in ways that raised serious constitutional concerns about individual liberties and separation of powers. By looking at these examples through different constitutional perspectives, Scott Matheson achieves a deeper understanding of wartime presidential power in general and of President Bush’s assertions of executive power in particular. America can function more effectively as a constitutional democracy in an unsafe world, he argues, if our leaders embrace an approach to presidential power that he calls executive constitutionalism.