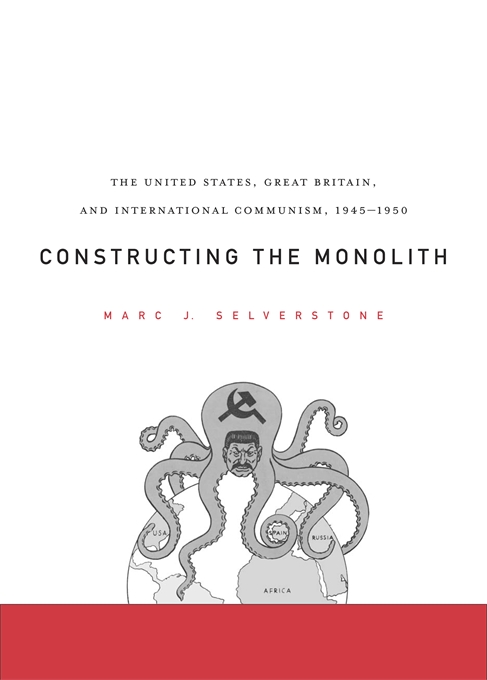 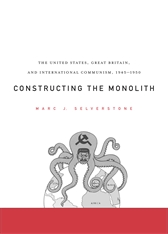 As the Cold War took shape during the late 1940s, policymakers in the United States and Great Britain displayed a marked tendency to regard international communism as a “monolithic” conspiratorial movement. The image of a “Communist monolith” distilled the messy realities of international relations into a neat, comprehensible formula. Its lesson was that all communists, regardless of their native land or political program, were essentially tools of the Kremlin.

Marc Selverstone recreates the manner in which the “monolith” emerged as a perpetual framework on both sides of the Atlantic. Though more pervasive and millennial in its American guise, this understanding also informed conceptions of international communism in its close ally Great Britain, casting the Kremlin’s challenge as but one more in a long line of threats to freedom.

This illuminating and important book not only explains the Cold War mindset that determined global policy for much of the twentieth century, but also reveals how the search to define a foreign threat can shape the ways in which that threat is actually met.