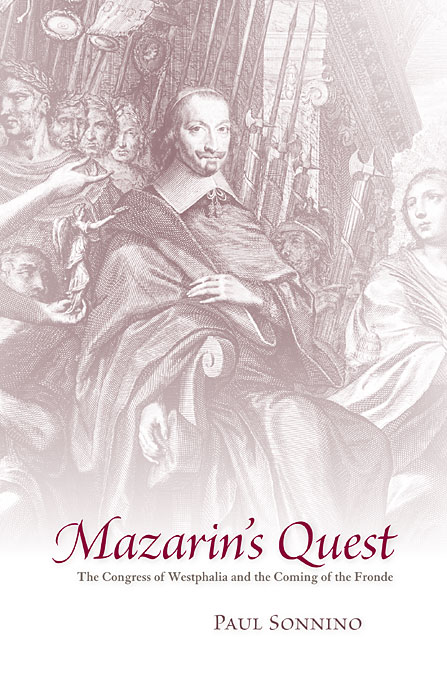 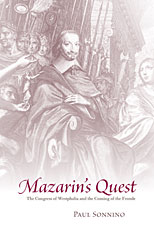 The Congress of Westphalia and the Coming of the Fronde

In a provocative study, Paul Sonnino examines the diplomatic negotiations that took place in Westphalia from 1643 to 1648, which brought an end to the agonizing civil and religious conflict of the Thirty Years’ War.

Sonnino steps back from myriad historical readings of Westphalia to take the diplomats’ intentions and interactions strictly on their own terms. He places the reader alongside the pivotal figure of French minister Jules Cardinal Mazarin as he maneuvers for gain. The narrative thus offers a firsthand experience of the negotiations as they played out, as well as a penetrating look into the character, personality, and ideas of the crafty cardinal. Although Mazarin acquired the province of Alsace—making him a hero to French nationalists—he had a much more successful peace within his grasp, but lost it when he insisted on annexing the Spanish Low Countries. Sonnino also offers a new interpretation of the origins of the Fronde, linking the French domestic revolt to foreign policy, in Mazarin’s failure to secure peace with Spain.

Based on unprecedented archival documentation, Mazarin’s Quest provides an original and illuminating look at one of the most complicated diplomatic gatherings of all time.