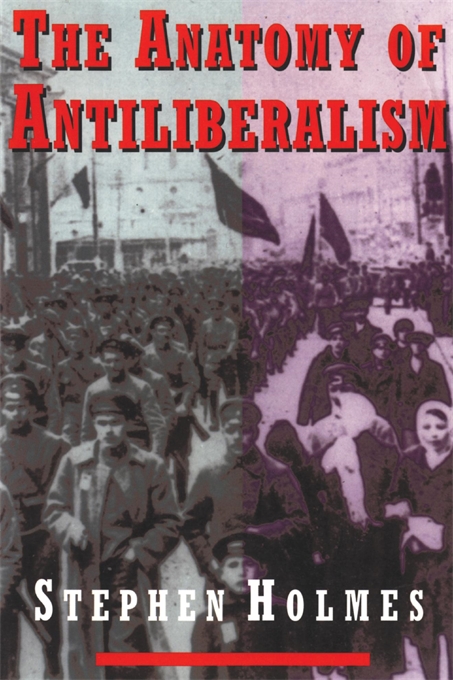 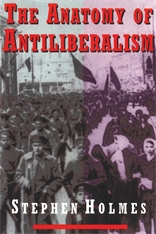 Liberal: spoken in a certain tone, heard more and more often lately, it summons up permissiveness, materialism, rootlessness, skepticism, relativism run rampant. How has liberalism, the grand democratic ideal, come to be a dirty word? This book shows us what antiliberalism means in the modern world—where it comes from, whom it serves, and why it speaks with such a forceful, if ever-changing, voice.

In the past, in a battle pitting one offspring of eighteenth-century rationalism against another, Marxism has been liberalism’s best known and most vociferous opponent. But with the fall of Communism, the voices of ethnic particularism, communitarianism, and religious fundamentalism—a tradition Stephen Holmes traces to Joseph de Maistre—have become louder in rejection of the Enlightenment, failing to distinguish between the descendants of Karl Marx and Adam Smith. Holmes uses the tools of the political theorist and the intellectual historian to expose the philosophical underpinnings of antiliberalism in its nonmarxist guise. Examining the works of some of liberalism’s severest critics—including Maistre, Carl Schmitt, Leo Strauss, and Alasdair MacIntyre—Holmes provides, in effect, a reader’s guide to antiliberal culture, in all its colorful and often seductive, however nefarious, variety. As much a mindset as a theory, as much a sensibility as an argument, antiliberalism appears here in its diverse efforts to pit “spiritual truths” and “communal bonds” against a perceived cultural decay and moral disintegration. This corrosion of the social fabric—rather than the separation of powers, competitive elections, a free press, religious tolerance, public budgets, and judicial controls on the police—is what the antiliberal forces see as the core of liberal politics. Against this picture, Holmes outlines the classical liberal arguments most often misrepresented by the enemies of liberalism and most essential to the future of democracy.

Constructive as well as critical, this book helps us see what liberalism is and must be, and why it must and always will engender deep misgivings along with passionate commitment.