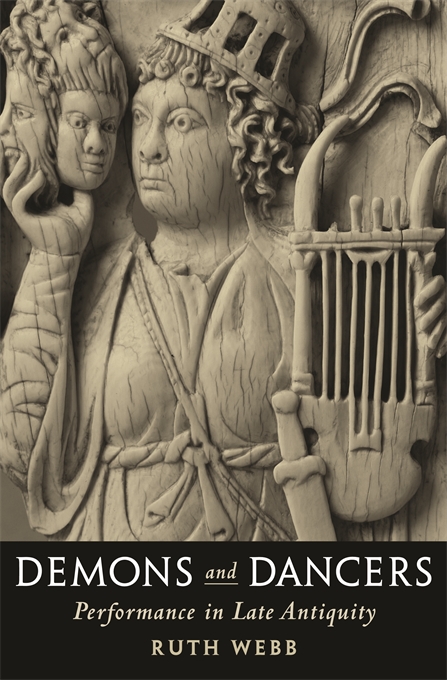 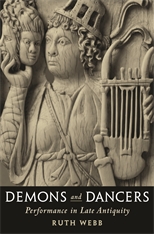 Compared to the wealth of information available to us about classical tragedy and comedy, not much is known about the culture of pantomime, mime, and dance in late antiquity. Charges of obscenity and polemical anti-theater discourse have, at times, erased these popular performance traditions from the modern imagination. Demons and Dancers returns us to the times and places where those great ancient theaters were more than picturesque ruins dotting the Mediterranean landscape.

Ruth Webb fills this gap in our knowledge of the ancient world and provides us with a richly detailed look at social life in the late antique period through an investigation of its performance culture. The book focuses on the eastern empire, from Greece proper to modern-day Turkey and Egypt, between the second and sixth centuries CE. Using some of the tools provided by modern performance theory, this book explains how audiences interpreted the actions on stage, how the status of male and female performers shifted across time and place, how skilled the actors actually were (it was commonplace to dismiss these performers for their lack of skill), and what role spectacles involving spoken and sung words, as well as stylized gestures, had in Greco-Roman civic life.