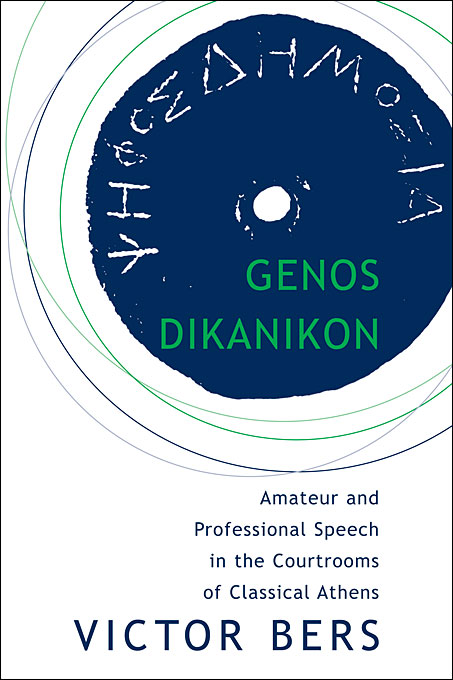 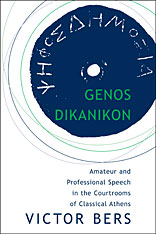 Amateur and Professional Speech in the Courtrooms of Classical Athens

Under the Athenian democracy, litigants were expected to speak for themselves, though they could memorize a speech written for them. The texts of about one hundred judicial speeches of the genos dikanikon (the forensic genre) have survived, all attributed to Demosthenes or another of the ten writers of canonical status. These professionals wrote either for themselves or members of a small elite. Victor Bers argues that men too poor to afford a professionally written speech frequently spoke before judicial bodies in procedures crucial to their status, wealth, or even their lives, and that these amateur performances often manifested an unmanly yielding to emotions of anger or fear; professional speech, Bers seeks to demonstrate, was to a large degree crafted in reaction to amateur stumbling.