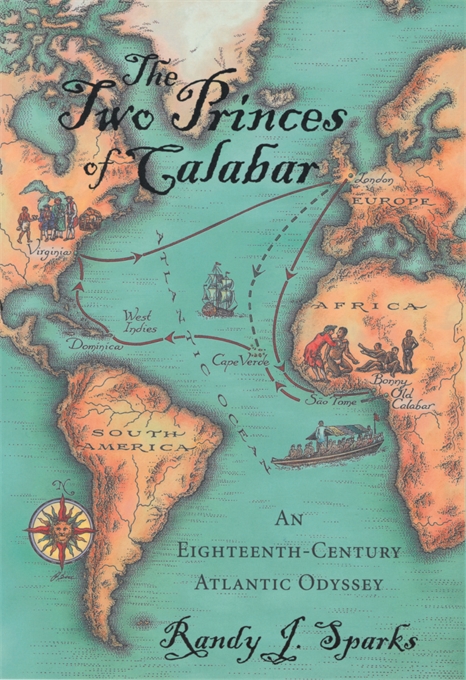 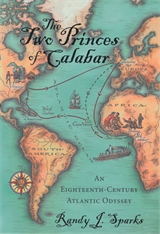 The Two Princes of Calabar

In 1767, two “princes” of a ruling family in the port of Old Calabar, on the slave coast of Africa, were ambushed and captured by English slavers. The princes, Little Ephraim Robin John and Ancona Robin Robin John, were themselves slave traders who were betrayed by African competitors—and so began their own extraordinary odyssey of enslavement. Their story, written in their own hand, survives as a rare firsthand account of the Atlantic slave experience.

Randy J. Sparks made the remarkable discovery of the princes’ correspondence and has managed to reconstruct their adventures from it. They were transported from the coast of Africa to Dominica, where they were sold to a French physician. By employing their considerable language and interpersonal skills, they cleverly negotiated several escapes that took them from the Caribbean to Virginia, and to England, but always ended in their being enslaved again. Finally, in England, they sued for, and remarkably won, their freedom. Eventually, they found their way back to Old Calabar and, evidence suggests, resumed their business of slave trading.

The Two Princes of Calabar offers a rare glimpse into the eighteenth-century Atlantic World and slave trade from an African perspective. It brings us into the trading communities along the coast of Africa and follows the regular movement of goods, people, and ideas across and around the Atlantic. It is an extraordinary tale of slaves’ relentless quest for freedom and their important role in the creation of the modern Atlantic World.