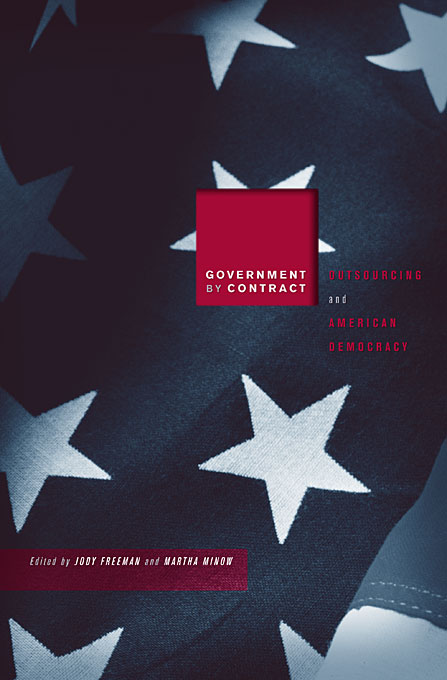 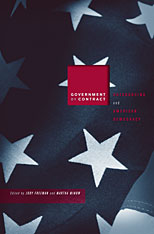 “This book could not be more timely or important. Renowned legal scholars Jody Freeman and Martha Minow have assembled some of the best minds in law, public administration, economics, and political science to consider the pervasive trend toward outsourcing in American government. The result is not just an essential guide to a crucial development, but also a nuanced warning: For all the attractions of outsourcing, the tide of ‘government by contract’ threatens both democratic values and shared policy goals.”—Jacob S. Hacker, author of The Great Risk Shift: The Assault on American Jobs, Families, Healthcare, and Retirement—And How You Can Fight Back

“This book sheds new light on a critically important topic. I recommend it to every student of contracting out and privatization.”—Paul C. Light, author of A Government Ill Executed

“This book documents both the dramatic recent increase in outsourcing to the private sector of functions traditionally performed directly by government in the U.S. and the equally dramatic breakdowns of traditional accountability mechanisms in many contexts (political, legal, economic). It also outlines an ambitious reform agenda which everyone concerned with the public policy-making process in the 21st century must take seriously.”—Michael Trebilcock, Faculty of Law, University of Toronto