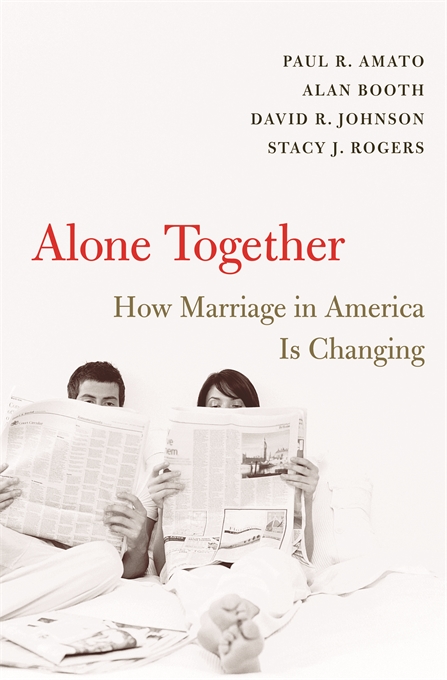 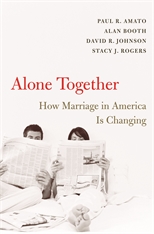 How Marriage in America Is Changing

Most observers agree that marriage in America has been changing. Some think it is in decline, that the growth of individualism has made it increasingly difficult to achieve satisfying and stable relationships. Others believe that changes, such as increasing gender equality, have made marriage a better arrangement for men as well as women.

Based on two studies of marital quality in America twenty years apart, this book takes a middle view, showing that while the divorce rate has leveled off, spouses are spending less time together—people may be “bowling alone” these days, but married couples are also eating alone. Indeed, the declining social capital of married couples—including the fact that couples have fewer shared friends—combined with the general erosion of community ties in American society has had pervasive, negative effects on marital quality.

At the same time, family income has increased, decision-making equality between husbands and wives is greater, marital conflict and violence have declined, and the norm of lifelong marriage enjoys greater support than ever.

The authors conclude that marriage is an adaptable institution, and in accommodating the vast changes that have occurred in society over the recent past, it has become a less cohesive, yet less confining arrangement.