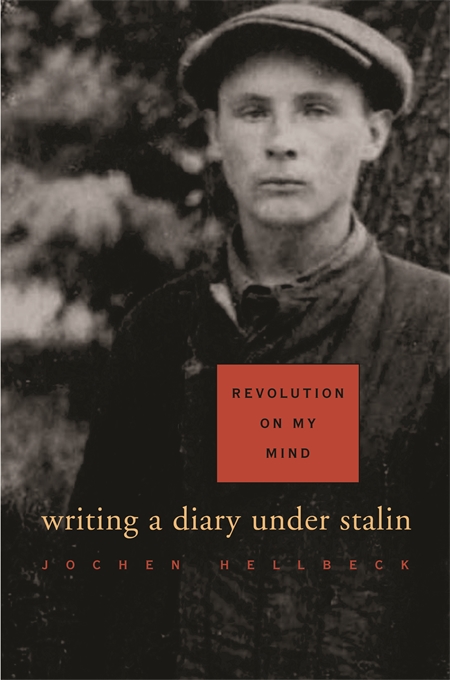 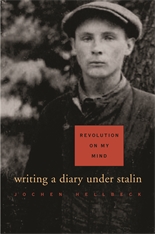 Revolution on My Mind

Writing a Diary under Stalin

“[A] fascinating book… Hellbeck’s analysis of his diarists is first-rate, and his enthusiasm for his subject is infectious… This book helps us to understand a particular Soviet mindset of the 1930s… It suggests an intriguing way of understanding the over-the-top enthusiasm that the Soviet regime inspired among some of its citizens in the 1930s.”—Sheila Fitzpatrick, The Nation

“Hellbeck’s attempt to situate the Bolshevik project of self-transformation within this wider cultural and historical perspective (a dimension too often lacking in Western studies of the Soviet era) is one of the outstanding virtues of his impressive book. Never overburdening his narrative with theorizing, his sensitive and sympathetic approach allows his subjects to speak for themselves, expressing sometimes a repulsive indifference to the fate of Stalin’s victims, sometimes a tragic struggle to rationalize the destruction of friends or family accused of ludicrous crimes… His study adds an important dimension to the work done by other scholars to throw light on the psychological reasons behind the collusion of moral idealists in the extreme violence of the Stalin years… One can hope that Hellbeck will follow the present fine study with a sequel.”—Aileen Kelly, The New York Review of Books

“Jochen Hellbeck has opened up a new way into the private inner world of the Stalin years, a world to which former schools of Soviet history didn’t pay much attention… There can’t now be a cultural history of the 20th century that ignores the experience of forging the self under the conditions of Communist—and especially Stalinist—rule.”—Karl Schlögel, London Review of Books

“How do tyrants succeed? Their monstrous ability to secure absolute power over a nation can’t be based solely on fear. Ambition and some sort of twisted idealism or romanticism must also be involved. Historian Jochen Hellbeck found striking explanations for this mystery in an astonishing cache of Soviet diaries that radically challenge our notions about totalitarian rule… The humanity expressed in these diaries makes the crimes of Stalin and his followers all the more heinous… [Hellbeck’s] thinking is cogent, his command of Russian history fluent, his deductions galvanizing, and his fascination with and empathy for the people he portrays compelling and thought-provoking.”—Donna Seaman, Speakeasy

“Hellbeck’s work is important because it elucidates the joyful, exuberant, often irrational and self-destroying desires to lose oneself in the Soviet project.”—Kate Brown, The Times Literary Supplement

“Hellbeck draws on a cache of Stalin-era diaries found through friends in Russia to paint a dark portrait of how ordinary people bent their individual wills to what they believed was a greater good.”—A. Craig Copetas, Bloomberg News

“The principal service of Jochen Hellbeck’s Revolution on My Mind is that it transports us back to that earlier, impassioned revolutionary Soviet Union, a time of epic hope and energy, when the transformation of man and history seemed imminent… Insightful and intelligent… He delivers much that is fresh and useful… This book takes the reader back to those nearly unimaginable times.”—Richard Lourie, The Moscow Times

“Hellbeck’s book makes an important contribution to methodological reflection concerning the historiographical use of autobiography as a source… Revolution on My Mind will figure, rapidly and incontestably, among the standard references in the historiography of the Russian world.”—Brigitte Studer, Journal of Modern History

“Historian Hellbeck found a cache of diaries in newly opened Soviet archives that overturns easy assumptions about the inner lives of people subjected to totalitarian rule… Their eloquent, self-critical, and affecting diaries reveal how seriously they took the government’s exhortations not merely to conform outwardly to communist precepts but also to fully internalize them. Each believed that self-improvement, sacrifice, reeducation, and endurance were intrinsic to the success of the revolution. Loneliness, fear, and an ever-widening divide between ideology and reality made life increasingly harrowing for these determined, sometimes ruthless citizens, and their trust and conviction make Stalin’s terror all the more heinous.”—Donna Seaman, Booklist

“The study consists of texts and analysis of diaries written during Stalin’s rule in the time of collectivization, purges, and labor camps. The diaries show, if taken at face value, a disturbing compulsion to conform; they show that the Cheka’s coercive methods had worked on large numbers of Soviet citizens.”—A. Ezergailis, Choice

“This masterful book looks at the Russian Revolution from an entirely new perspective. It explores how individuals refashioned their personal selves to bring their lives into alignment with the revolution. Far from being oppressed by history, Soviet diarists embraced it; they became the engineers of their own souls. Hellbeck has provocatively rewritten the emotional history of twentieth-century Communism.”—Peter Fritzsche, author of Stranded in the Present: Modern Time and the Melancholy of History

“One of the most important books ever written in the field of Soviet Studies, Revolution on My Mind is a brilliantly conceived, poignant work about the experience of trying to live as a self-conscious Soviet citizen. Beautifully written and analytically compelling, this is a book for anyone who has thought deeply or cared passionately, one way or the other, about Communism and its impact on individual lives.”—Eric Naiman, University of California at Berkeley

“Hellbeck’s work is pathbreaking in the challenges it poses to our past thinking about Soviet history. Using previously unknown diaries of the Stalin era, he explores the fascinating worlds of Soviet subjectivity. This book is hard to put down!”—Mark L. von Hagen, Columbia University