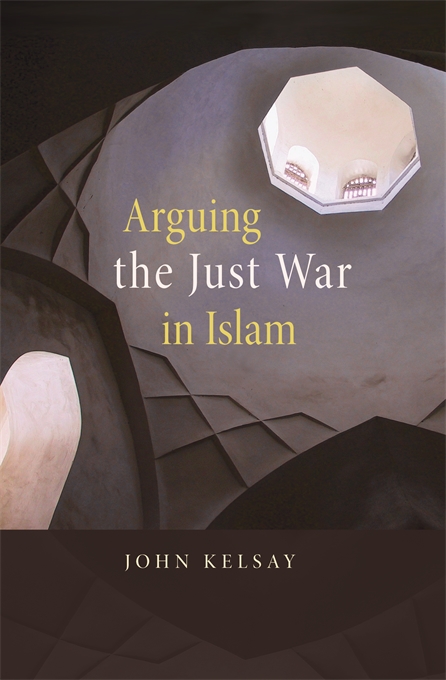 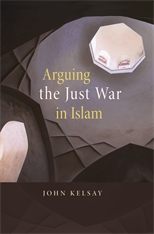 Arguing the Just War in Islam

“Kelsay shows that today’s freelance fatwa-hurlers rarely capture the best of Islamic thought, but are not wholly divorced from it either. Their pronouncements attempt to pass for ‘Shariah reasoning,’ a tradition of reconciling the Koran’s passages and the Prophet Muhammad’s examples to changing times… To his credit, Kelsay refuses to whitewash the role of religion in fostering the violence he discusses… Yet his analysis also respects the nuances of Shariah reasoning… By forensically dissecting the development of Shariah reasoning he illuminates the situation we now face, in which classical Islamic scholars are trumped by bloodthirsty bandits who pose as thinkers.”—Irshad Manji, The New York Times Book Review

“This book moves beyond those simplifications that would either depict the militancy and terrorism of many Islamist groups as emblematic or charge that such groups are hijacking a peaceful religion.”—L. Carl Brown, Foreign Affairs

“[Kelsay] makes a good argument that classical Islamic reasoning was diverse because it always recognized that legal judgments were contextual rather than ideological. This gives way to a diversity of legal reasoning in the modern world, exploding the myth of a single ‘Islamic’ approach to either the necessity or the means of war in achieving political aims… A must-read for those who want to move beyond hype and fear to a nuanced understanding of the multiple possible futures before the Muslim world.”—Robert Hunt, The Dallas Morning News

“In lucid prose, John Kelsay leads the reader on an illuminating journey from the time of the Prophet Muhammad, through the sacred sources of Islam and the debate over their interpretation, to the internal debates between moderates and extremists that shape today’s global politics. One cannot fully understand the range of possibilities that confront Islam—and the world—without comprehending the internal reasoning and discourse that Kelsay brilliantly explores in this remarkable work of synthesis.”—R. Scott Appleby, University of Notre Dame

“Kelsay opens up the contemporary debate between Muslim militants and democrats about the justice of armed resistance to Western domination, and sets out its historical roots. His grasp is assured, his analysis is searching, and his writing is lean and lucid.”—Nigel Biggar, University of Oxford

“John Kelsay presents a masterful and lucid account of the full sweep of Muslim discourse on just war, exploring not only the moral arguments made but also the intellectual and political environment in which Muslims have debated the ethics of war for centuries.”—Sohail Hashmi, Mount Holyoke College

“This book sets a new gold standard for interpreting jihadist radicalism for western readers. Sober and nuanced throughout, this book succeeds as an introduction to early Islam and the development of shari’a, as an analysis of the evolution of a distinctive style of radical jihadist interpretation, and as a valuable exploration of critically important arguments within contemporary Islam.”—James Turner Johnson, Rutgers University

“This book is a must for all who confront contemporary Islamist jihadism and its claim to fight a just war. Kelsay makes a superb contribution to understanding the religious legitimization of war in contemporary Islam and Islamic alternatives to it.”—Bassam Tibi, University of Göttingen