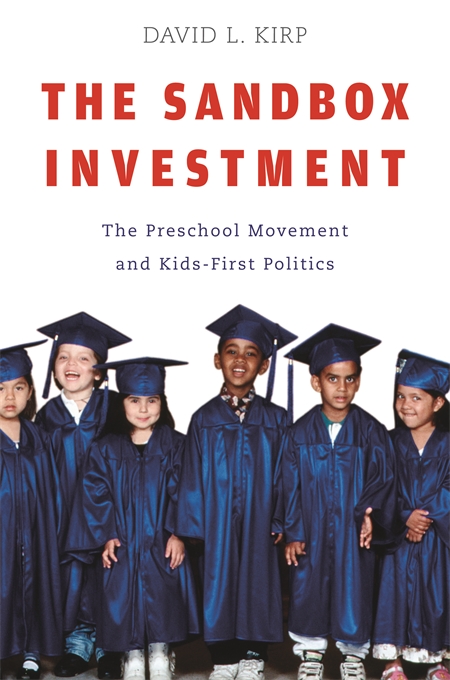 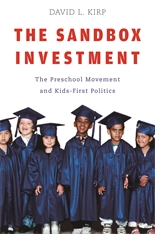 The Preschool Movement and Kids-First Politics

The rich have always valued early education, and for the past forty years, millions of poor kids have had Head Start. Now, more and more middle class parents have realized that a good preschool is the smartest investment they can make in their children’s future in a competitive world. As The Sandbox Investment shows, their needs are key to the growing call for universal preschool.

Writing with the verve of a magazine journalist and the authority of a scholar, David L. Kirp makes the ideal guide to this quiet movement. He crouches in classrooms where committed teachers engage lively four-year-olds, and reveals the findings of an extraordinary longitudinal study that shows the life-changing impact of preschool. He talks with cutting-edge researchers from neuroscience and genetics to economics, whose findings increasingly show how powerfully early childhood shapes the arc of children’s lives.

Kids-first politics is smart economics: paying for preschool now can help save us from paying for unemployment, crime, and emergency rooms later. As Kirp reports from the inside, activists and political leaders have turned this potent idea into campaigns and policies in red and blue states alike.

The Sandbox Investment is the first full story of a campaign that asks Americans to endorse a vision of society that does well by doing good. For anyone who is interested in politics or the social uses of research—for anyone who’s interested in the children’s futures—it’s a compelling read.