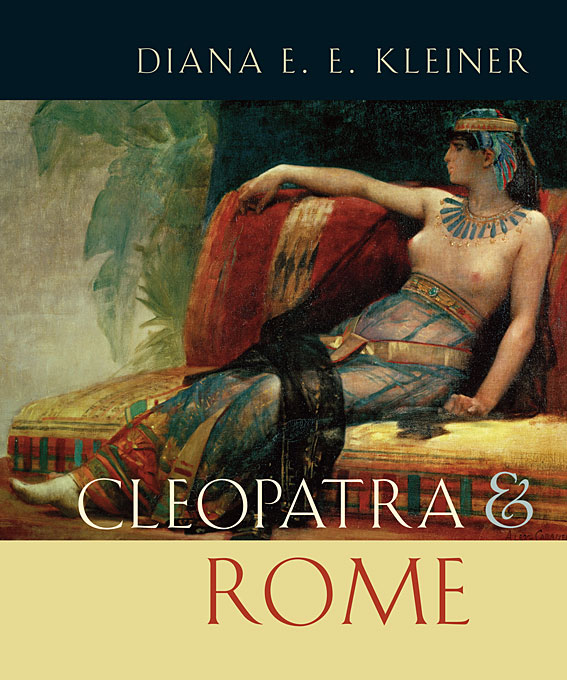 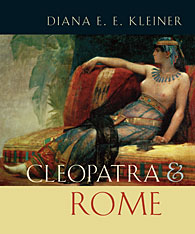 With the full panorama of her life forever lost, Cleopatra touches us in a series of sensational images: floating through a perfumed mist down the Nile; dressed as Venus for a tryst at Tarsus; unfurled from a roll of linens before Caesar; couchant, the deadly asp clasped to her breast. Through such images, each immortalizing the Egyptian queen’s encounters with legendary Romans—Julius Caesar, Mark Antony, and Octavian Augustus—we might also chart her rendezvous with the destiny of Rome. So Diana Kleiner shows us in this provocative book, which opens an entirely new perspective on one of the most intriguing women who ever lived. Cleopatra and Rome reveals how these iconic episodes, absorbed into a larger historical and political narrative, document a momentous cultural shift from the Hellenistic world to the Roman Empire. In this story, Cleopatra’s death was not an end but a beginning—a starting point for a wide variety of appropriations by Augustus and his contemporaries that established a paradigm for cultural conversion.

In this beautifully illustrated book, we experience the synthesis of Cleopatra’s and Rome’s defining moments through surviving works of art and other remnants of what was once an opulent material culture: religious and official architecture, cult statuary, honorary portraiture, villa paintings, tombstones, and coinage, but also the theatrical display of clothing, perfume, and hair styled to perfection for such ephemeral occasions as triumphal processions or barge cruises. It is this visual culture that best chronicles Cleopatra’s legend and suggests her subtle but indelible mark on the art of imperial Rome at the critical moment of its inception.