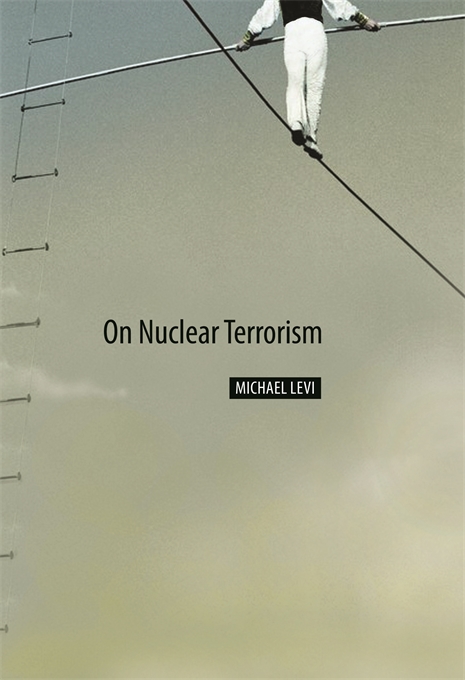 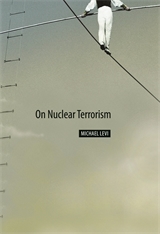 “We wish…that the current and incoming national security advisor and secretaries of State, Defense and Homeland Security [would] read Michael Levi’s On Nuclear Terrorism and make it a top priority to ensure that everything that can be done to foil a nuclear attack by terrorists is being done.”—The Los Angeles Times

“Anyone who reads [Levi’s] work cannot but be impressed by his deep understanding of nuclear terrorism and the possibilities of dealing with it… It is one of Levi’s strong points that, from beginning to end, he does not engage in any kind of mystery-solving or moralizing. What he does provide is a step-by-step account of the many possibilities of using nuclear bombs and materials for terrorist ends and of at least some of the things that can be done to prevent those possibilities from being realized… For anyone with a serious interest in the possibilities of nuclear terrorism and how to prevent it, On Nuclear Terrorism is a must.”—Martin van Creveld, Nature

“The prevention of nuclear terrorism cannot be guaranteed, and so it is essential to prepare for the gruesome consequences of such an attack. Effective consequence management will require participation of an informed public, and for that reason alone, On Nuclear Terrorism should have the widest possible readership.”—Paul Cornish, The Times Higher Education Supplement

“Levi offers a system of thought on how to deal with the threat of nuclear terrorism that is probably the most complete and thoughtful published to date. In grasping a vast and complex topic and making sense of it in the light of a lucid and comprehensible framework, On Nuclear Terrorism is a paramount contribution to the effort to understand and minimize the threat of nuclear terrorism.”—Simen A. Ellingsen, Nonproliferation Review

“Levi’s is the most comprehensive, up-to-date, and technically informed treatment of nuclear terrorism. This important book makes a big contribution to public understanding and to public policy on nuclear terrorism, which might yet—despite the daunting odds—prevent it from ever happening.”—Ashton B. Carter, former Assistant Secretary of Defense for International Security Policy and Professor, Harvard University

“In this comprehensive and accessible book, Levi effectively challenges many popular assertions about how easy it would be for terrorists to fabricate and deliver a nuclear weapon. He then outlines an integrated defense strategy from prevention to detection to mitigation. This should become the basic reference for nuclear terrorism. Recommended for anyone interested in the topic. Mandatory for policymakers.”—Brian M. Jenkins, Senior Advisor, RAND Corporation

“This book offers the best insights for a coordinated defense system against nuclear terrorism I have seen, as well as a perceptive survey of the opportunities and difficulties nuclear terrorists would face. Well written and carefully researched, it is a must for every counterterrorism planner as well as for any interested citizen.”—Michael M. May, former Director, Lawrence Livermore National Laboratory, and Professor Emeritus, Stanford University

“Michael Levi presents a strong case for why we need to do everything we can to keep the world’s most dangerous weapons and materials out of the hands of the world’s most dangerous people. He focuses on the broad range of today’s nuclear threats and provides unique insights into how terrorist groups work. He also makes important specific recommendations to address these dangers—the most critical security issue facing our nation and the world.”—Sam Nunn, Former U.S. Senator and Co-Chairman of the Nuclear Threat Initiative

“This is serious stuff. If you want to know how a terrorist organization might manage to mount a nuclear attack—or how to stop them—you need to read this book.”—Thomas C. Schelling, 2005 Nobel Laureate in Economics