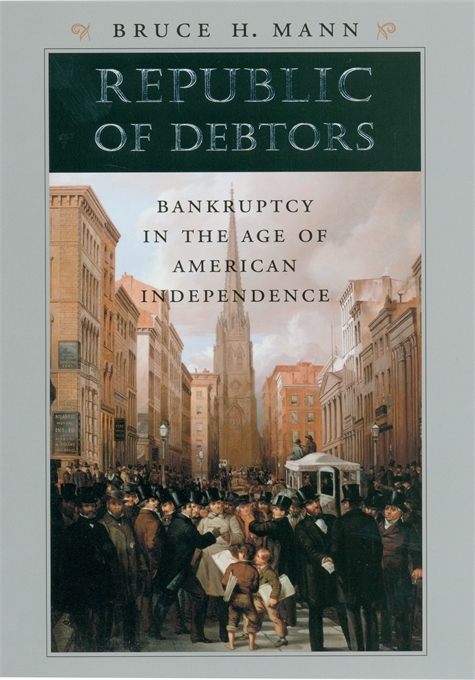 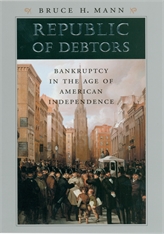 Bankruptcy in the Age of American Independence

Debt was an inescapable fact of life in early America. At the beginning of the eighteenth century, its sinfulness was preached by ministers and the right to imprison debtors was unquestioned. By 1800, imprisonment for debt was under attack and insolvency was no longer seen as a moral failure, merely an economic setback. In Republic of Debtors, Bruce H. Mann illuminates this crucial transformation in early American society.

From the wealthy merchant to the backwoods farmer, Mann tells the personal stories of men and women struggling to repay their debts and stay ahead of their creditors. He opens a window onto a society undergoing such fundamental changes as the growth of a commercial economy, the emergence of a consumer marketplace, and a revolution for independence. In addressing debt Americans debated complicated questions of commerce and agriculture, nationalism and federalism, dependence and independence, slavery and freedom. And when numerous prominent men—including the richest man in America and a justice of the Supreme Court—found themselves imprisoned for debt or forced to become fugitives from creditors, their fate altered the political dimensions of debtor relief, leading to the highly controversial Bankruptcy Act of 1800.

Whether a society forgives its debtors is not just a question of law or economics; it goes to the heart of what a society values. In chronicling attitudes toward debt and bankruptcy in early America, Mann explores the very character of American society.