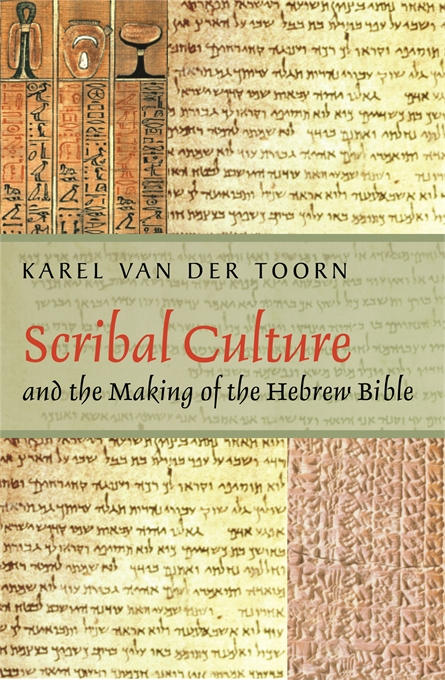 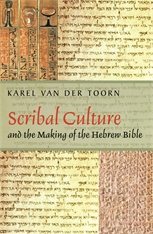 Scribal Culture and the Making of the Hebrew Bible

“This scrupulous study by the Dutch scholar Karel van der Toorn of how the Hebrew Bible was written and then evolved over time is in most respects finely instructive. Some of what Toorn has to say involves concepts long familiar to Biblical scholars, though even in this regard he provides many fresh insights. Nearly all the book’s argument, moreover, offers a strong corrective to misconceptions about the Bible… Karel van der Toorn is the perfect—and bracing—antithesis to Harold Bloom… Scribal Culture and the Making of the Hebrew Bible is a salutary book based on the most formidable scholarly knowledge and analysis. It will compel readers to rethink their conceptions of literary production in ancient Israel, and it is a valuable reminder that in many respects those responsible for the biblical corpus were quite far from being early Iron Age equivalents of Flaubert or Henry James.”—Robert Alter, London Review of Books

“Van der Toorn covers considerable ground in this volume. He surveys literacy and authorship in the ancient world, the culture and vocation of scribes, production of the Moses and prophetic traditions, and the issues of revelation and canon… This volume is extremely valuable. Scribal Culture is a must-read for anyone interested in the issues of the formation, transmission, and standardization of the Hebrew Bible.”—Charles Halton, Journal of the Evangelical Theological Society

“Building upon the growing recognition that the Hebrew Bible came into being as the Near East moved from an oral to a written culture…Van der Toorn…examines the central role ancient scribes played in shaping the biblical text. The author brings to bear his vast knowledge of scribal practices throughout the ancient Near East, and thereby shows how the Bible’s growth is illuminated when seen against this background. While at times speculative (e.g., his contention that Deuteronomy passed through four editions, which he neatly delineates), the author’s research calls into question those who blithely dismiss source and redaction criticism; it also challenges the conclusions of historical minimalists who date the vast bulk of the Hebrew Bible to late in the Persian or early in the Hellenistic era. Furthermore, the portrait van der Toorn draws of scribal training deals a devastating blow to critics who argue that J may have been a woman. Van der Toorn demonstrates that the scribes who produced the Hebrew Bible were part of a wider scribal culture and that those who ignore this fact end up misunderstanding the biblical text and its history.”—J. S. Kaminsky, Choice

“Van der Toorn has made a masterful case that the Hebrew Bible is the product of the scribal culture of ancient Israel and Judaism. His argument is lucidly and elegantly plotted and relentlessly and convincingly logical. Particularly striking is his ability to bring evidence from other ancient Near Eastern cultures on the scribal craft, especially Mesopotamia, to a penetrating and nuanced elucidation of the Biblical case. In all, this is really a major contribution to Biblical studies and a triumph of the comparative approach to them.”—Peter Machinist, Hancock Professor of Hebrew and Other Oriental Languages, Harvard University

“Every decade we see the publication of only one or two works of scholarly excellence that fundamentally advance the understanding of the Hebrew Bible and change the intellectual contours of the biblical field. Karel van der Toorn has accomplished this rarest of intellectual achievements. Different branches of biblical studies, whether literary, theological or historical in orientation, will strongly benefit from this volume.”—Mark S. Smith, Skirball Professor of Bible and Ancient Near Eastern Studies, New York University

“Karel van der Toorn has truly swept away a number of improbable theories and at the same time has laid a firm foundation for future research. He cuts through much of the speculation of the recent scholarly debate and proposes new theories that will be controversial but are based on solid evidence. Future debates on this topic will need to take his contributions into account or risk being perceived to be out of touch with the reality of ancient literary practice.”—Robert R. Wilson, Hoober Professor of Religious Studies and Professor of Old Testament, Yale University