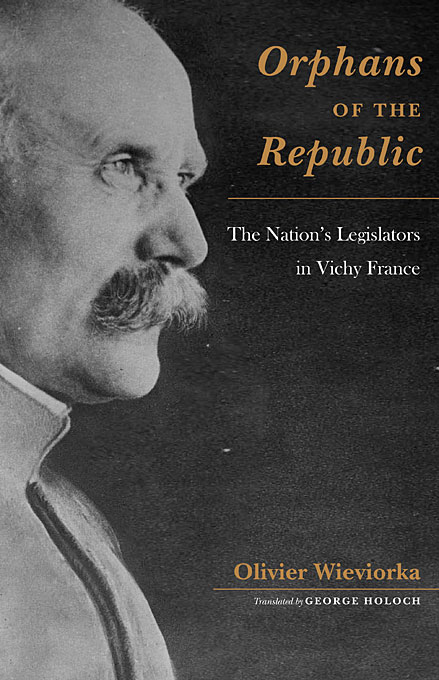 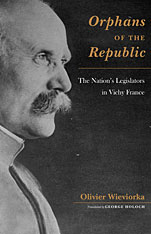 Orphans of the Republic

The Nation’s Legislators in Vichy France

On July 10, 1940, by a 570 to 80 margin, the representatives in the French parliament voted full powers to Philippe Pétain, ending the Third Republic and paving the way for the collaborationist Vichy regime. Olivier Wieviorka offers a nuanced portrait of the individuals who determined the fate of France at this critical moment.

Pétain claimed to be saving France from ruin. The day of the vote has been described as a journée des dupes, the legislators so ignorant or fearful that they voted without a thought to the consequences. But Wieviorka shows that most of the deputies made a considered decision to vote for Pétain. He analyzes the factors, such as political culture and regional origins, that motivated the voting on both sides, and traces the men’s fates through the war.

Recreating the tense atmosphere of summer 1940, Wieviorka shows how pressures brought on by defeat could affect even the most hardened republicans. He illuminates the complex moral issues inherent in accommodation and collaboration in a time of crisis.