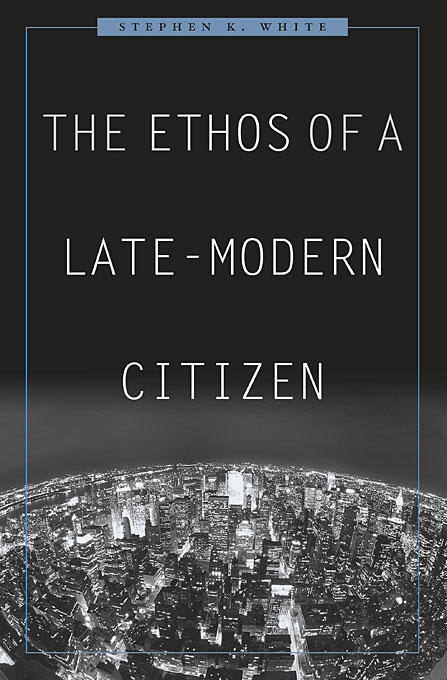 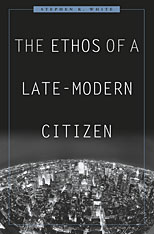 The Ethos of a Late-Modern Citizen

In The Ethos of a Late-Modern Citizen, Stephen K. White contends that Western democracies face novel challenges demanding our reexamination of the role of citizens. Such reflection involves our neither denying, in the name of tradition, the force of what is new, nor imagining that we can adequately confront change by simply rejecting the traditions of modern Western political thought. White offers an incisive interpretation of our late-modern ethical-political condition and explains how a distinctive “ethos,” or spirit, of citizenship might constitute part of an exemplary response. This ethos requires reworking basic figures of the modern political imagination, including our conception of the self, citizenship, and democratic politics.

Essentially, White argues that the intense focus in the past three decades on finding general principles of justice for diversity-rich societies needs to be complemented by an exploration of what sort of ethos would be needed to adequately sustain any such principles. He proposes that Western citizens adopt an ethos that is defined by such virtues as (moral) attentiveness, self-restraint, and existential gratitude. Accessible, pithy, and erudite, The Ethos of a Late-Modern Citizen will appeal to a wide audience.