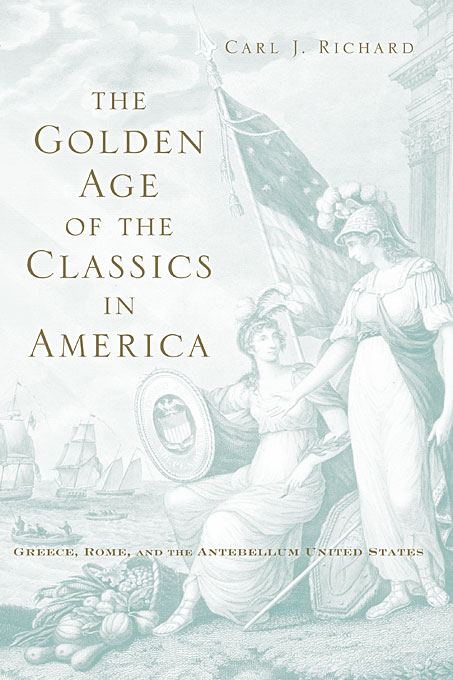 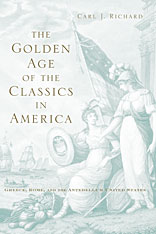 The Golden Age of the Classics in America

In a masterful study, Carl J. Richard explores how the Greek and Roman classics became enshrined in American antebellum culture. For the first time, knowledge of the classics extended beyond aristocratic males to the middle class, women, African Americans, and frontier settlers.

The classics shaped how Americans interpreted developments around them. The example of Athens allowed politicians of the democratic age to espouse classical knowledge without seeming elitist. The Industrial Revolution produced a backlash against utilitarianism that centered on the classics. Plato and other ancients had a profound influence on the American romantics who created the first national literature, and pious Christians in an age of religious fervor managed to reconcile their faith with the literature of a pagan culture. The classics supplied both sides of the slavery debate with their chief rhetorical tools: the Aristotelian defense of slavery to Southern slaveholders and the concept of natural law to the Northern abolitionists.

The Civil War led to a radical alteration of the educational system in a way that steadily eroded the preeminence of the classics. They would never regain the profound influence they held in the antebellum era.