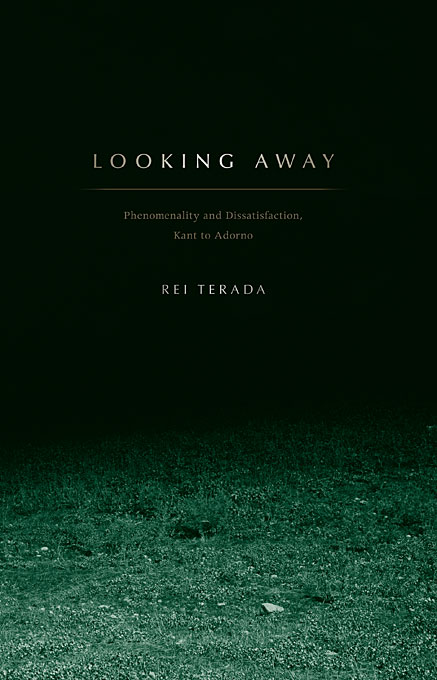 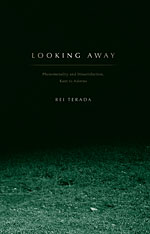 Phenomenality and Dissatisfaction, Kant to Adorno

In Looking Away, Rei Terada revisits debates about appearance and reality in order to make a startling claim: that the purpose of such debates is to police feelings of dissatisfaction with the given world.

Focusing on romantic and post-romantic thought after Kant, Terada argues that acceptance of the world “as is” is coerced by canonical epistemology and aesthetics. In guilty evasions of this coercion, post-Kantian thinkers cultivate fleeting, aberrant appearances, perceptual experiences that do not present themselves as facts to be accepted and therefore become images of freedom. This “phenomenophilia,” she suggests, informs romanticism and subsequent philosophical thought with a nascent queer theory.

Through graceful readings of Coleridge’s obsession with perceptual ephemera, or “spectra,” recorded in his Notebooks; of Kant’s efforts in his First and Third Critiques to come to terms with the given world; of Nietzsche’s responses to Kant and his meditations on ephemeral phenomenal experiences; and of Adorno’s interpretations of both Nietzsche and Kant, Terada proposes that the connection between dissatisfaction and ephemeral phenomenality reveals a hitherto-unknown alternative to aesthetics that expresses our right to desire something other than experience “as is,” even those parts of it that really cannot be otherwise.