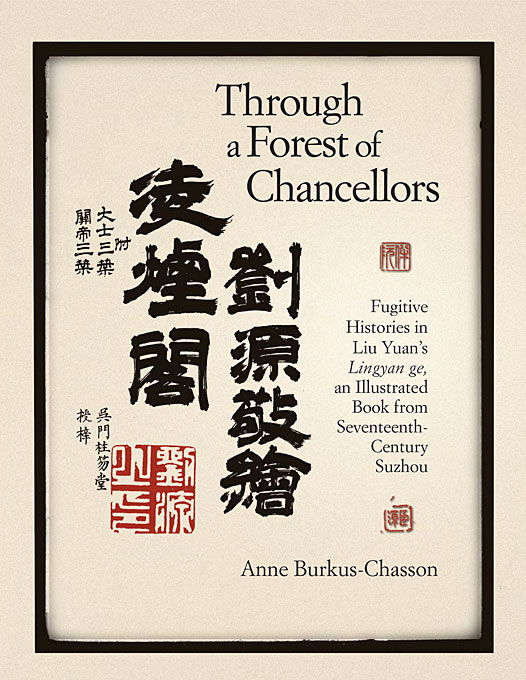 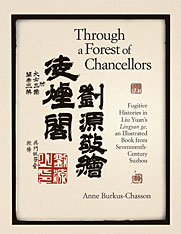 Through a Forest of Chancellors

Liu Yuan’s Lingyan ge, a woodblock-printed book from 1669, re-creates a portrait gallery that memorialized 24 vassals of the early Tang court. Liu accompanied each figure, presented under the guise of a bandit, with a couplet; the poems, written in various scripts, are surrounded by marginal images that allude to a contemporary novel. Religious icons supplement the portrait gallery. Liu’s re-creation is fraught with questions. This study examines the dialogues created among the texts and images in Lingyan ge from multiple perspectives. Analysis of the book’s materialities demonstrates how Lingyan ge embodies, rather than reflects, the historical moment in which it was made.

Liu unveiled and even dramatized the interface between manuscript and printed book in Lingyan ge. Authority over the book’s production is negotiated, asserted, overturned, and reinstated. Use of pictures to construct a historical argument intensifies this struggle. Anne Burkus-Chasson argues that despite a general epistemological shift toward visual forms of knowledge in the seventeenth century, looking and reading were still seen as being in conflict. This conflict plays out among the leaves of Liu Yuan’s book.