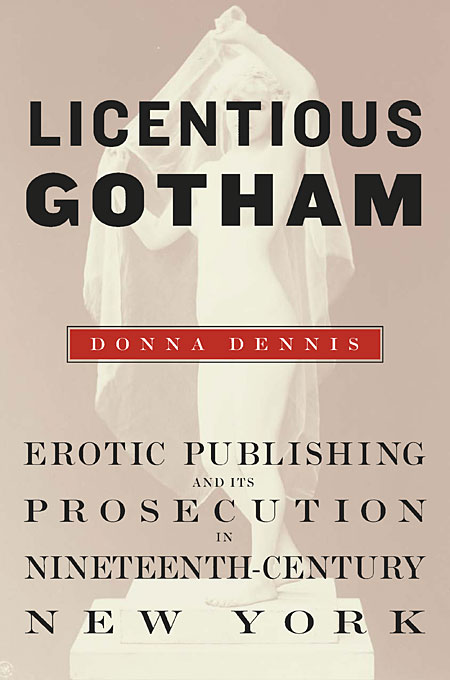 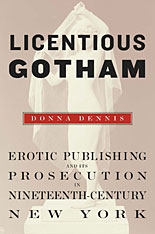 Licentious Gotham, set in the streets, news depots, publishing houses, grand jury chambers, and courtrooms of the nation’s great metropolis, delves into the stories of the enterprising men and women who created a thriving transcontinental market for sexually arousing books and pictures. The experiences of “fancy” publishers, “flash” editors, and “racy” novelists, who all managed to pursue their trade in the face of laws criminalizing obscene publications, dramatically convey nineteenth-century America’s daring notions of sex, gender, and desire, as well as the frequently counterproductive results of attempts to enforce conventional moral standards.

Donna Dennis offers a colorful, groundbreaking account of the birth of an indecent print trade and the origins of obscenity regulation in the United States. By revealing the paradoxes that characterized early efforts to suppress sexual expression in the name of morality, she suggests relevant lessons for our own day.