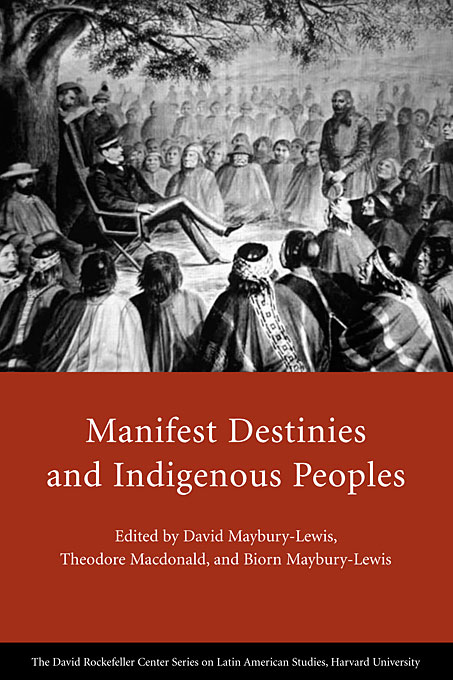 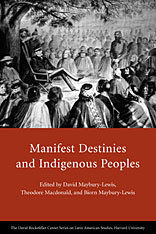 How was frontier expansion rationalized in the Americas during the late nineteenth century? As new states fleshed out expanded national maps, how did they represent their advances? Were there any distinct pan-American patterns? The renowned anthropologist and human rights advocate David Maybury-Lewis saw the Latin American frontiers as relatively unknown physical spaces as well as unexplored academic “territory.” He invited eight specialists to explore public narratives of the expansion of Argentina, Brazil, Chile, and the western regions of Canada and the United States during the late nineteenth century, a time when those who then identified as “Americans” claimed territories in which indigenous peoples, who were now seen as economic and political obstacles, lived. The authors examine the narrative forms that stirred or rationalized expansion, and emphasize their impact on the native residents.

The authors illustrate the variety and the similarities of these nationalist ideas and experiences, which were generally expressed in symbolic and cultural terms rather than on simple materialist or essentialist grounds. The cases also point out that civic nationalism, often seem as inclusive and more benign than ethnic nationalism, can produce similarly destructive human and cultural ends. The essays thus suggest a view of nationalism as a theoretical concept, and of frontier expansion as a historical phenomenon.