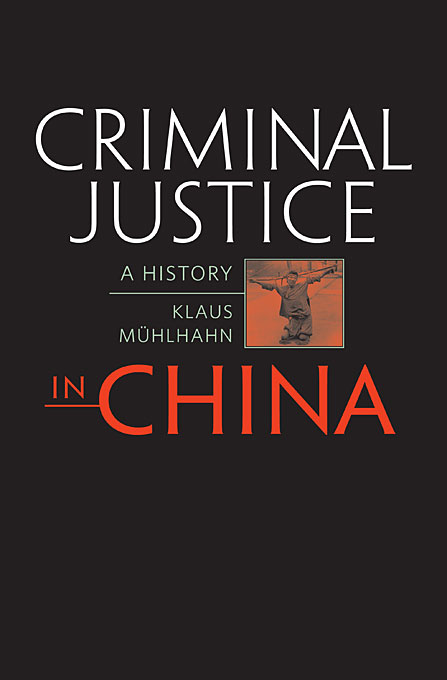 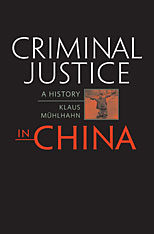 In a groundbreaking work, Klaus Mühlhahn offers a comprehensive examination of the criminal justice system in modern China, an institution deeply rooted in politics, society, and culture.

In late imperial China, flogging, tattooing, torture, and servitude were routine punishments. Sentences, including executions, were generally carried out in public. After 1905, in a drive to build a strong state and curtail pressure from the West, Chinese officials initiated major legal reforms. Physical punishments were replaced by fines and imprisonment. Capital punishment, though removed from the public sphere, remained in force for the worst crimes. Trials no longer relied on confessions obtained through torture but were instead held in open court and based on evidence. Prison reform became the centerpiece of an ambitious social-improvement program.

After 1949, the Chinese communists developed their own definitions of criminality and new forms of punishment. People’s tribunals were convened before large crowds, which often participated in the proceedings. At the center of the socialist system was “reform through labor,” and thousands of camps administered prison sentences. Eventually, the communist leadership used the camps to detain anyone who offended against the new society, and the “crime” of counterrevolution was born.

Mühlhahn reveals the broad contours of criminal justice from late imperial China to the Deng reform era and details the underlying values, successes and failures, and ultimate human costs of the system. Based on unprecedented research in Chinese archives and incorporating prisoner testimonies, witness reports, and interviews, this book is essential reading for understanding modern China.