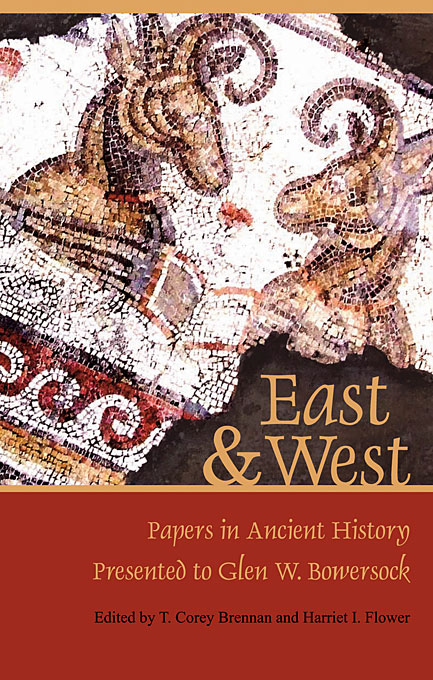 The papers in this volume are based on a 2006 Princeton University symposium in honor of Glen W. Bowersock on the occasion of his retirement from the faculty of the Institute for Advanced Study. Here a distinguished international group of ancient historians explores the classical antiquity that Bowersock has given us over a scholarly career of almost fifty years.

The topics offered in East and West range throughout the ancient world from the second century BCE to late antiquity, from Hellenistic Greece and Republican Rome to Egypt and Arabia, from the Second Sophistic to Roman imperial discourse, from Sulla’s self-presentation in his memoirs to charitable giving among the Manichaeans in Egypt.

This collection of essays represents the first attempt to take in Glen Bowersock’s well-developed scholarly interests as a whole. The contributors open up new avenues that often run well beyond the conventional geographical and temporal boundaries of the Greco-Roman Mediterranean, leading to a host of fresh insights into antique thought and life.