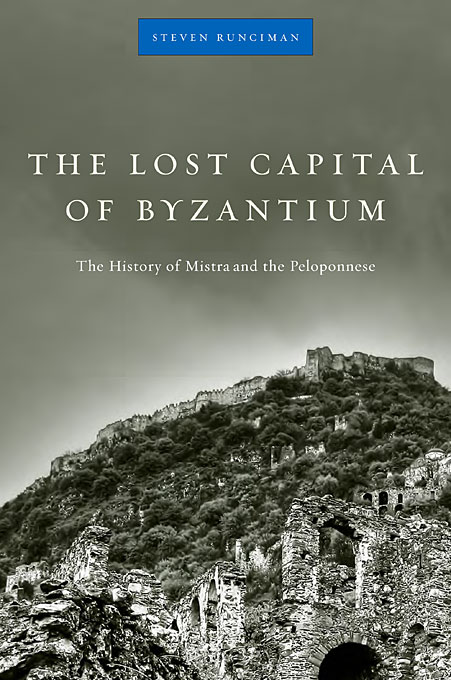 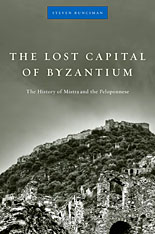 The Lost Capital of Byzantium

The History of Mistra and the Peloponnese

Clinging to a rugged hillside in the lush valley of Sparta lies Mistra, one of the most dramatically beautiful Byzantine cities in Greece, a place steeped in history, myth, and romance. Following the Frankish conquest of the Peloponnese in the thirteenth century, William II of Villehardouin built a great castle on a hill near Sparta that later came to be known as Mistra. Ten years later, in a battle in northern Greece, Villehardouin was defeated and captured by the Byzantine emperor. The terms for his release included giving Mistra to the Byzantine Greeks. Under their rule, the city flourished and developed into a center of learning and the arts and was a focal point for the cultural development of Europe.

Sir Steven Runciman, one of the most distinguished historians of the Byzantine period, traveled to Mistra on numerous occasions and became enchanted with the place. Now published in paperback for the first time, The Lost Capital of Byzantium tells the story of this once-great city—its rise and fall and its place in the history of the Peloponnese and the Byzantine empire.