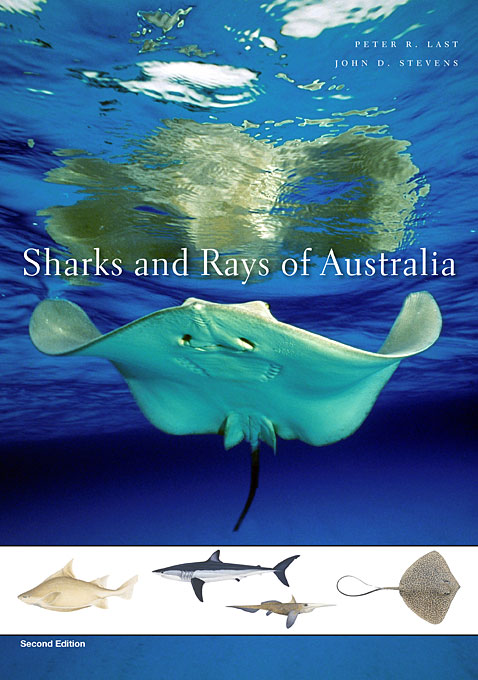 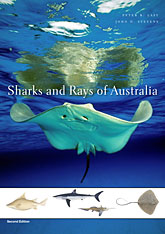 Sharks and Rays of Australia

The waters around Australia, the world’s smallest continent, are home to the greatest diversity of sharks and rays on Earth. Fully 100 of these sea creatures (along with their little-known relatives, the chimaerids) have been named or described since the first edition of this book—the biggest revision of the Class Chondrichthyes since the time of Linneaus. This second edition of Sharks and Rays of Australia brings more than 300 of these species to life in newly commissioned, full-color illustrations.

Here, in precisely painted detail, are the weird silvery ghost shark and the remarkably camouflaged ornate wobbegong; spurdogs and swell sharks; the primitive frilled shark and the blacktip, a fast swimmer capable of leaping out of the water like a dolphin. Peter Last and John Stevens review the major shake-ups in the elasmobranch family tree—sorting out, for instance, dogfishes and skates—and include updated family keys, the latest information about species ranges, and new distribution maps. Extensively revised species descriptions reflect additional fisheries and newly gleaned life history and biological information—all essential to conservation efforts as sharks die in commercial bycatches and end up on restaurant menus. An essential tool for conservation biologists trying to save threatened sharks, now under siege worldwide, this marvelous volume will also appeal to fish biologists, divers, naturalists, commercial and recreational fishermen, and anyone with an appreciation for these ancient evolutionary survivors.